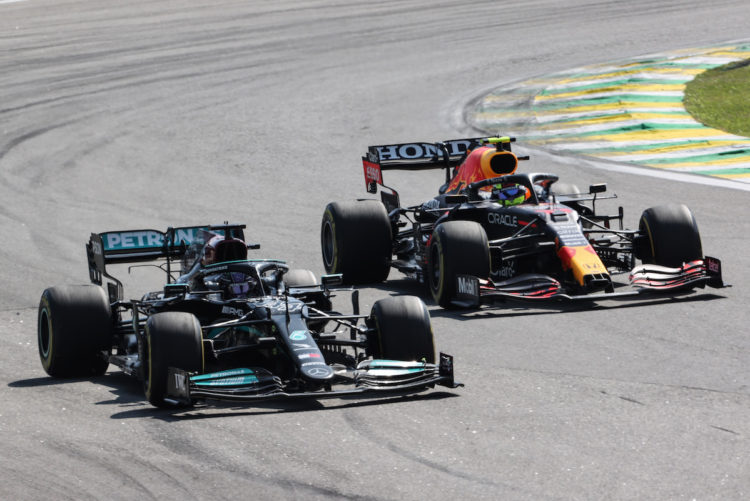 The Finn started the race from pole position, but was overtaken by Red Bull’s Max Verstappen into the opening corner.

He was then put under pressure by the second Red Bull driven by Sergio Perez, who moved ahead into second place at Turn 4.

On lap five Bottas was ordered to let team-mate Lewis Hamilton past for third, with the seven-time world champion going on to take the race win.

Bottas, who went on to finish third, described how the lacklustre start unfolded from his perspective.

“I think Max had a really good start, I think mine was, let’s say, average,” Bottas said. “I was hoping that would be enough to maintain the lead, but he was ahead of me going into Turn 1.

“My issue was a bit of clutch-slip, a bit too much, like the grip was good but just didn’t drive out really good, so we’ll have a look.

“Into Turn 1, I tried to brake as late as I could. We were side-by-side, and I was off the track at some point but, like I said, he was ahead, so not so much to do.

“Then, obviously getting a bad exit from Turn 3, defending Checo into Turn 4, he was on the outside, I was inside and yeah, went a bit wide and he got me.

“So for me lap one was a bit of a nightmare because, like this morning, one person after another kept telling me what to do in the first lap and how important it is and for me it was like… it was terrible.

“But I kept pushing and I have to say it’s so good seeing Lewis winning this race from where we started – like I feel Lewis was in his own league today and this weekend, so it was an incredible job.

“But obviously I didn’t give up, kept pushing, and still managed to get to the podium. It means we get more points than Red Bull and that’s something.”