Wolff: No penalty for ‘over the limit’ Verstappen is ‘laughable’ 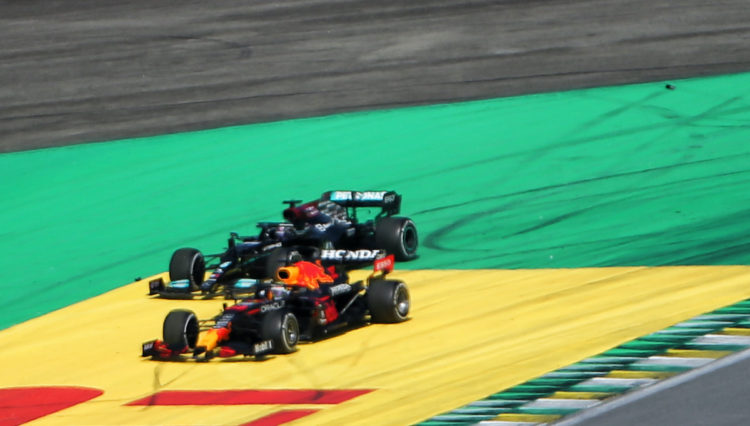 As the duo approached Turn 4 on lap 48 in a battle for the lead, Verstappen moved to the inside line to defend, with Hamilton attempting to go around the outside.

However, both drivers went off the circuit, with Verstappen appearing to push his title rival wide.

The stewards noted the incident but opted not to investigate the matter, much to the frustration of Wolff.

“The whole weekend went against us, we had a broken part on our wing which we couldn’t look at, couldn’t analyse, failed the test, got disqualified, very harsh,” Wolff said.

“Then you see Red Bull with three times in a row on the rear wing while being in parc ferme with no consequence. That’s one thing.

“That really peaked with the decision in the race which was really wrong defence from Max, absolutely an inch over the limit but he needed to do that to defend.

“Lewis just managed it even more brilliantly by avoiding the contact and ending the race that way. But that was just over the line and should have been a five second penalty at least.

“Max probably knew that, but just brushing it under the carpet is just tip of the iceberg, it’s laughable.”

Wolff added that he has no issue with letting the drivers race hard, but questioned the consistency of the stewards, which he doesn’t believe has been carried over from last time out in Mexico.

“Whatever is in the director’s notes we are going to accept,” Wolff asserted. “I’m also okay if the directors notes are being shredded and we race hard like we did today.

“But if the directors notes say you can’t push anybody off the track in Mexico and obviously that is valid here too and you’re being driven off the track it is just not very consistent, to call it that way.

“My discussion with the race director was not broadcasted but my reaction was, and it is clear we will discuss it behind closed doors.”