Hamilton: Brazil ‘one of the best weekends’ of my career 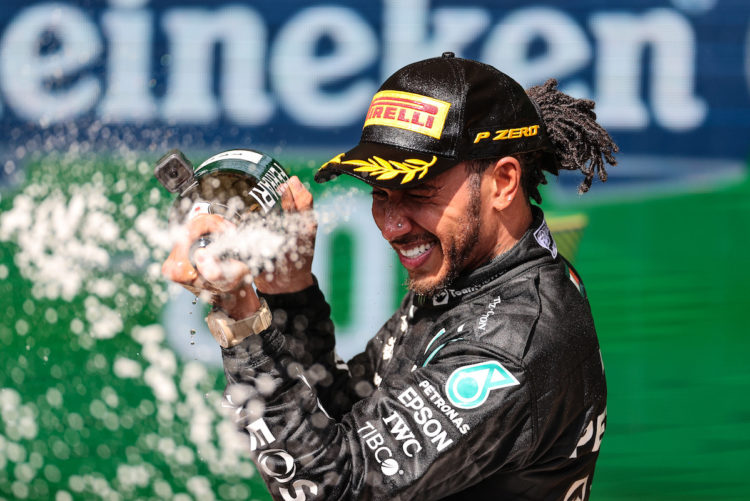 Lewis Hamilton has hailed the Sao Paulo Grand Prix weekend as one of the best events of his entire career.

Hamilton won Sunday’s race despite being issued with a series of penalties throughout the weekend.

Mercedes opted to swap in a fresh engine which resulted in an automatic five-place grid drop for the grand prix.

However, after Friday’s qualifying session, Hamilton’s drag reduction system was found to be in breach of the technical regulations. The seven-time world champion was disqualified and forced to start Saturday’s F1 Sprint from the back of the field.

Hamilton worked his way up to fifth place in the 24-lap race, meaning he would line up in 10th for Sunday’s grand prix. The low-lying position failed to halt his progress though, as he outduelled title rival Max Verstappen en route to victory.

“It’s been such a difficult weekend for everyone in the team and I think really just been inspired by everyone’s focus and determination,” Hamilton said.

“It’s easy to get down when you’re faced with difficult things like penalties and engine penalties, but everyone just stayed positive, did a great job, mechanics did a fantastic job, strategy also was solid.

“And then it was just down to me to let go of things as quick as possible and focus on moving forward.

“Did I think we could come from last? I didn’t know what was possible, I just gave it everything, and this has definitely been one of the best weekends, if not the best weekends I’ve experienced, probably in my whole career.”

Hamilton currently sits 14 points behind Verstappen in the Drivers’ Championship with three races remaining in the season.

Despite Mercedes not being on top form since the return after the summer break, Hamilton says the small gap that exists between himself and Verstappen shows that “nothing is impossible”.

“We came in after the August break hoping we would be in a better position and we weren’t, and we’ve not really had a spectacular showing, so I would say we’ve had two races that we’ve been ahead but the others we’ve really struggled,” Hamilton said.

“I think coming here 19 points behind, obviously only one point ahead in the team championship, we really needed a solid result.

“Then obviously we had all these penalties, which just made it… mentally you could just think it’s over, it’s impossible but then nothing is impossible if you put your mind to it.

“So that’s really just why we cultivated a positive mental attitude, and went in fighting, guns blazing.”