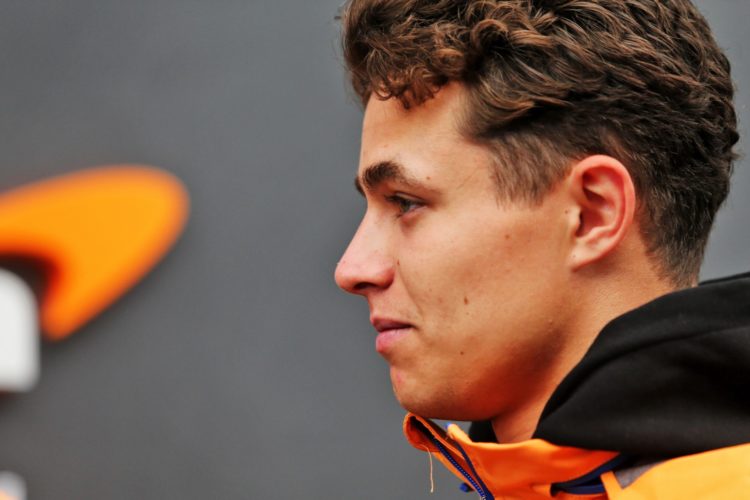 Lando Norris says he opted not to defend against Lewis Hamilton at the conclusion of Sprint at Formula 1’s Sao Paulo Grand Prix due to the pace difference.

Norris held fifth position during the 24-lap encounter at Interlagos, as he shadowed Carlos Sainz and Sergio Perez, having overhauled Charles Leclerc earlier in the race.

But Norris relinquished the position on the final lap when he was passed by Lewis Hamilton, who charged from the back of the grid to grab fifth spot.

The move capped a stirring recovery for Hamilton but Norris played down the move, citing the Mercedes driver’s pace advantage, and his impending five-place grid drop.

“There was no need to take any risks,” said Norris. “There would be no loss of doing it. It was better that I conceded the position than have anything happen.

“When I had to defend I defended, when I had to attack, my attacking was good. He [Hamilton] was like two seconds a lap quicker than us, so it was easy for him.

“On the last lap I did not need to over defend with Lewis. But of course with the Ferrari I took quite a bit of risks. I did what I had to do. A good day for us.”

Sainz’s point for third spot in Sprint moves Ferrari 14.5 points clear of McLaren in the fight for third overall but Norris was encouraged by his day.

“We got ahead of one of the red cars, so a bit of our job was done,” he said.

Norris’ team-mate Daniel Ricciardo will line up from 11th on the grid after losing places on the opening lap.