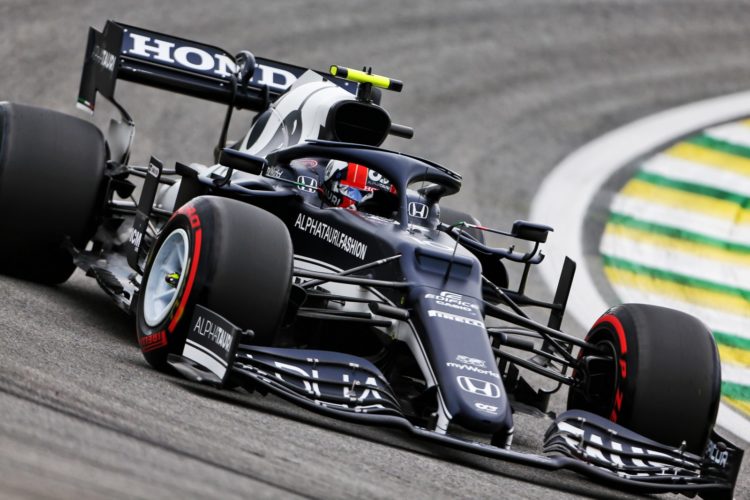 Gasly has been a regular inside the top six during qualifying in 2021 and performed strongly once more during the three-stage session at Interlagos.

Gasly qualified in fifth spot, behind only the Mercedes and Red Bull drivers, meaning he is set to start Sprint from the third row of the grid.

“I’m really, really happy,” said Gasly. “FP1 was quite difficult for me and I struggled a little bit in qualifying too, but every time I went out I managed to find a little bit more, playing with everything inside of the car and making small improvements each time we ran.

“I managed to put it all together when it counted and I think it was a really incredible lap in Q3, so I’m really pleased with that.

“It’s really amazing for us to be qualifying right behind Mercedes and Red Bull, it’s a critical moment in the championship and the team did a fantastic job.

“Of course, we’ve got two more days, it’s going to be pretty intense, but we’ve put ourselves in the best place possible.”

Gasly’s rookie team-mate Yuki Tsunoda was just 0.003s adrift in Q1 but was unable to replicate that performance in Q2 and was eliminated in 13th place.

“This is another new track for me, so practice was really important and I think I managed to get up to speed quite quickly, which was good,” he said.

“The car feels good round this track, so it’s a shame I couldn’t make it through to Q3. I think Sprint Qualifying is going to be a bit tricky starting from this position, but I’ll try to make my way forward.”