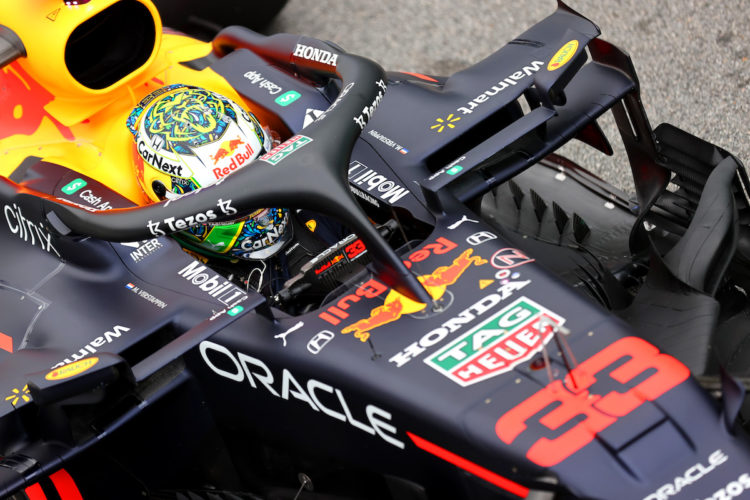 Red Bull’s Max Verstappen says he is not surprised by the gap to Lewis Hamilton following Friday’s qualifying session in Brazil.

Verstappen will start Saturday’s F1 Sprint in second place behind Hamilton, after he finished qualifying over four-tenths down on his title rival.

Hamilton has taken a fresh engine for the race weekend, meaning he will begin Sunday’s Sao Paulo Grand Prix five positions down on his finishing position in tomorrow’s race.

Verstappen states that Hamilton’s pace is not a shock due to the fact he has the new component powering him around the circuit.

“When they take a new engine naturally they have a bit more power for a weekend so for me it’s not a big shock,” Verstappen said.

“Like you said, I am just happy to be second – that’s a good position to start from.

“Of course you always want to be closer but sometimes you just have to be realistic and there wasn’t much more in it.”

With three, two and one point awarded for the top three finishers on Saturday respectively, Verstappen suggested he is placing a bulk of his focus on Sunday’s grand prix.

“There are not that many points to gain in the sprint race,” Verstappen said. “I hope of course to have a good first lap and see from there, then of course, the most important one is on Sunday.

“It [the car] will be completely different anyways. It will be a lot warmer so that will change the behaviour of the car as well so we will see.”

Verstappen currently heads Hamilton by 19 points in the fight for the Drivers’ title with just four grands prix remaining.