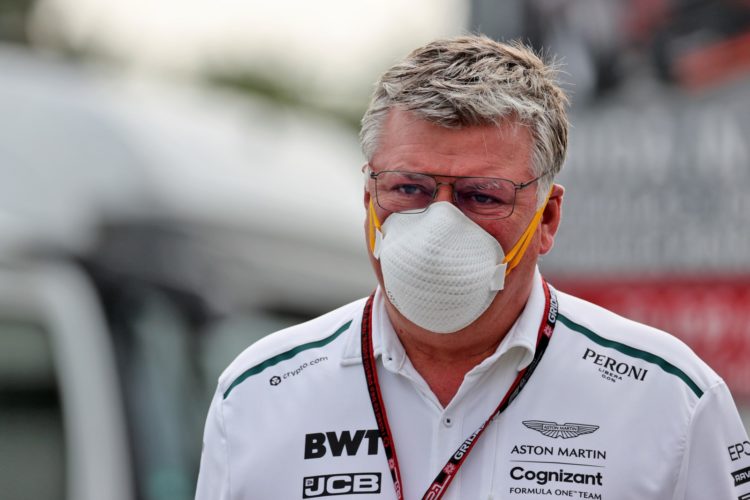 Otmar Szafnauer has publicly distanced himself from reports linking him with Alpine, outlining he has a long-term deal as Aston Martin’s team boss.

French publication AutoHebdo reported earlier this week that Szafnauer, who has been with the team since its Force India days in 2009, was being lined up by Alpine’s management.

Szafnauer denied such a move on his social media pages on Thursday and, speaking during the press conference on Friday, once more reiterated his loyalty to his current employer.

“I love this team, most of the senior managers – especially through Racing Point – and the senior leadership team was recruited and put there by myself and I have no intentions of leaving them.

“I’ve been loyal to this team – I’ve had many, many offers in the 12 years I’ve been working for this team, especially in the days of the bankruptcy and insolvency. I could have left many times but I’m loyal to the employees there.

“The season hasn’t gone quite to how we thought it was going to go, so we’ve got to focus on these next races to score as many points as we can, so that’s what I’ll be doing.”

Pushed further on his situation Szafnauer said: “I’m always reticent to disclose contractual details but I can tell you I have a long-term contract in place with Aston.”