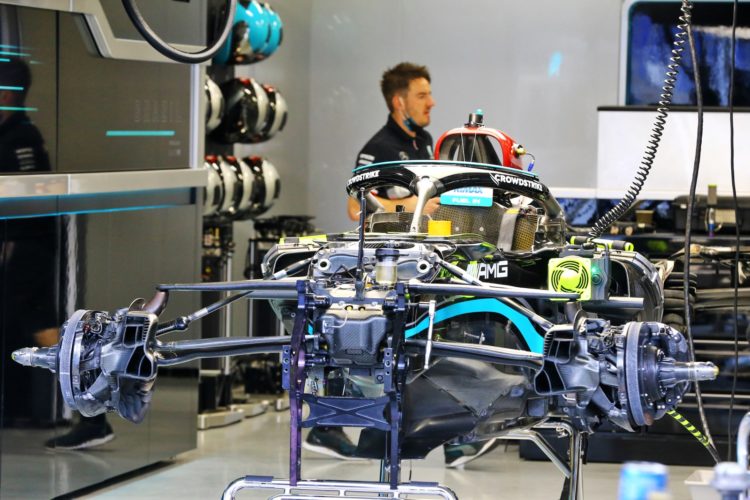 Lewis Hamilton’s 2021 title prospects have been dealt another setback with confirmation that he will face a grid penalty at Formula 1’s Sao Paulo Grand Prix.

Mercedes has moved Hamilton onto a fifth Internal Combustion Engine ahead of the weekend’s action at Interlagos.

As Hamilton has already exceeded his ICE allocation, taking the initial 10-place hit in Turkey, he will drop five places on the grid for Sunday’s grand prix after taking another ICE.

Under the Sprint format a grid penalty is applied following the conclusion of Saturday’s 24-lap race, rather than the outcome of Friday’s qualifying session.

It means Hamilton will start Sunday’s race from at best sixth place.

Hamilton currently trails Max Verstappen in the standings by 19 points.

Hamilton has not beaten Verstappen in any of the last three races, with Verstappen victorious in the United States and Mexico, bringing his season tally up to nine.