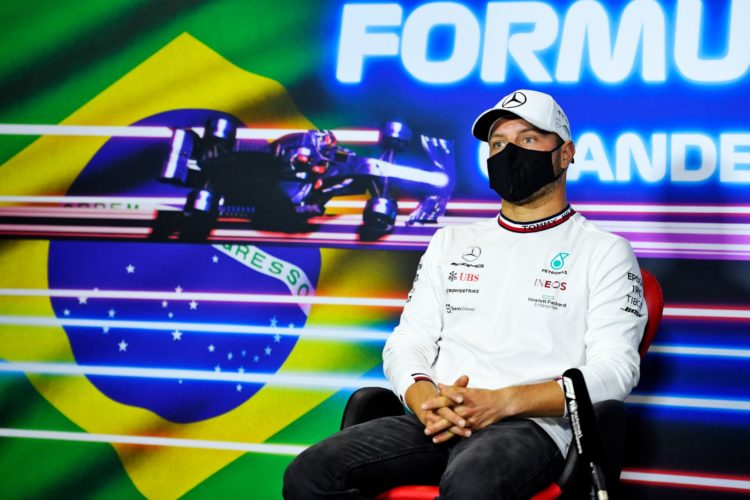 Valtteri Bottas believes having a multi-year deal has made him greater understand the pressure he felt of continually racing on one-year contracts.

Bottas has competed in Formula 1 since 2013 but has always been on one-year deals, initially with Williams, and most prominently with Mercedes.

Bottas will switch to the Sauber-run Alfa Romeo team from 2022 and has signed a multi-year deal to race for the outfit.

Speaking ahead of the Sao Paulo Grand Prix, as he prepares for his final few events with Mercedes, Bottas described the impact of a secure long-term future as “a bigger effect to me than I thought it would be.”

“Because once everything was done and I knew what I was going to do for the next few years, I just felt a bit more freedom, less pressure in a way, almost like a weight lifted off my shoulders – that’s the feeling.

“It’s something that I never had before and I know that I can focus onto something with the team, with the people around me for few years ahead, not just focusing for one year, and normally it’s like six months that I need to fight for my seat.

“So, just being able to have that kind of trust from a team that they know that I’m going do the best I can for a few years, it just feels good. And I can just really, really focus on the job and think about what I’m going to do next year.”

Bottas believes the impact of only ever having one-year deals in Formula 1 became gradually worse over time.

“It was definitely easier in the beginning, even though there were always still discussions pretty much every year, like who’s going to be in the seats, which is a distraction.

“Don’t forget it was pretty similar thing for me with Williams more or less. It was always options in the contract one-year things.

“Now it’s been basically almost nine years always, you know, not being able to think long-term and what was long-term.”