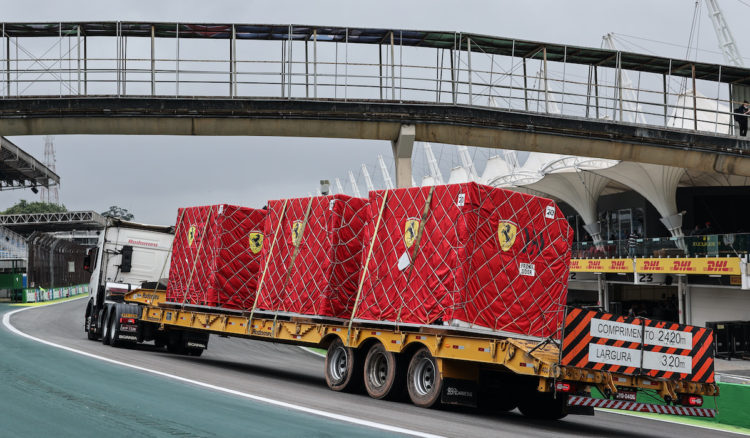 The FIA has extended the scrutineering deadline ahead of the Brazilian Grand Prix due to freight delays, which has meant some teams are without vital equipment.

Bad weather forced the delay of two planes containing Formula 1 freight, which were supposed to land in Sao Paulo on Tuesday, but only arrived on Thursday, meaning teams haven’t been able to prepare their cars under the normal weekend schedule.

The rules stipulate that all cars be presented for scrutineering no later than 18 hours before first practice, but that would have been impossible for a number of teams impacted by the delays, which are thought to include McLaren, Ferrari, Haas and Alfa Romeo.

The FIA has granted an extension to that deadline, which is now just three hours before FP1, and have also lifted the overnight curfew.

“In accordance with Art 25.2 of the FIA Formula 1 Sporting Regulations, the Stewards hereby give a waiver to all Competitors in the 2021 Brazilian Grand Prix from the time limit in Art 25.1 and require that each Competitor be required to carry out initial scrutineering of his cars and submit the duly completed declaration no later than three (3) hours before the start of P1,” a statement confirmed.

It’s hoped there will be no requirement to amend the weekend schedule as a result.

Haas team boss Guenther Steiner expects a late night for his crew as he explained the situation.