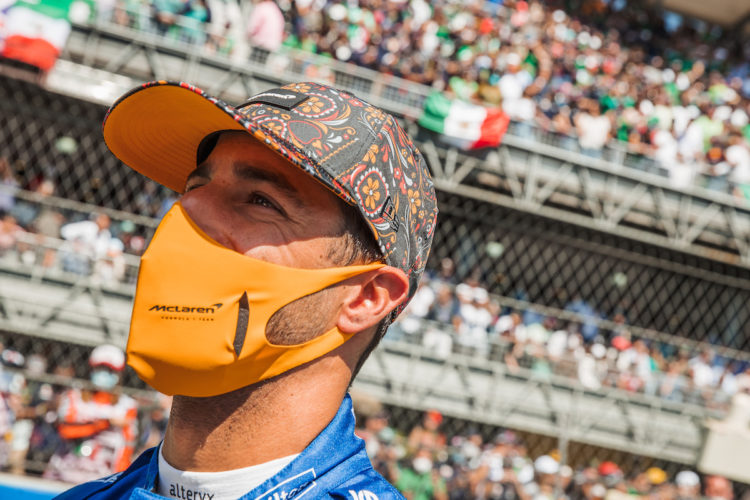 Ferrari team principal Mattia Binotto says it would be “wrong” to blame Daniel Ricciardo for McLaren’s current deficit to the Italian outfit.

Following the Mexican Grand Prix, Ferrari leads McLaren by 13.5 points in the fight for third place in the Constructors’ Championship.

Both Ferrari and McLaren brought in a new driver for 2021, with Ferrari signing Carlos Sainz while McLaren welcomed Ricciardo.

Ricciardo has struggled for much of the year getting comfortable behind the wheel of his new car and has often been out-paced by team-mate Lando Norris.

The Australian has scored 41% of McLaren’s Constructors’ points so far this year, while Sainz has bagged 49% of Ferrari’s.

Binotto says that having two strong drivers this year is helping Ferrari’s cause but denies that Ricciardo is to blame for McLaren’s position.

“No doubt, no doubt that having two good drivers is important for the Constructors’ classification,” Binotto said.

“I think that if you look at the number of points that Carlos is bringing, it’s a factor [in being ahead of McLaren], so it’s very important,” Binotto said.

“I think by choosing him as a driver for Ferrari, we knew it, he has always been a very strong racer.

“So certainly he’s doing very well, certainly that has been important.

“I don’t think it’s only that because we have been unlucky through this season in some circumstances, Monaco, Hungary, so we could even be a lot more ahead of that. So I would not blame Ricciardo in that battle, I think that would be wrong.”

Binotto added that he believes the engine upgrade that Ferrari recently introduced is aiding its pace.

“If I look at the last races, at least we have been always ahead of them [McLaren], half a second maybe, here [Mexico] and [it] has been the case in the previous one,” Binotto said.

“So I think at the moment, since we introduced the new power unit, we somehow think we’ve got some little advantage in performance, which is very useful at that stage of the season.”