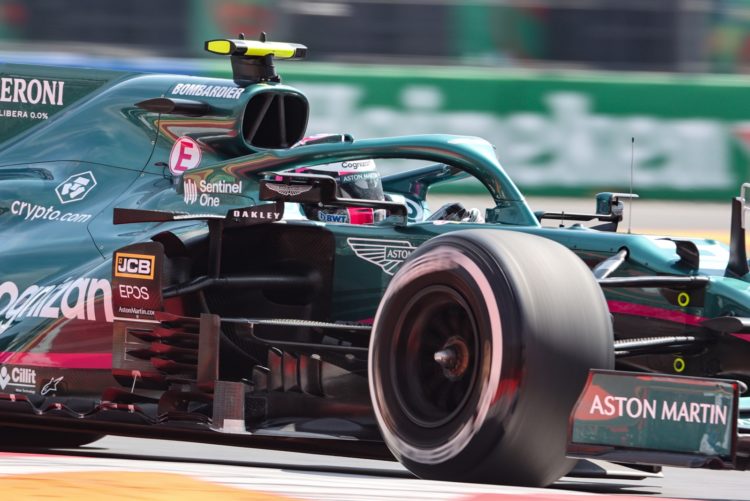 Aston Martin team boss Otmar Szafnauer says the squad is on track to meet “aggressive targets” that it has set in the development of its 2022 car.

Aston Martin has outlined its four- to five-year target of competing for the Formula 1 title, having invested heavily in its Silverstone campus, with construction of a new factory underway.

The outfit has also recruited around 150 new personnel this year as it continues to expand under the ownership of Lawrence Stroll.

Szafnauer outlined that at this early stage it is “really, really hard to tell” where teams will slot into the 2022 pecking order but that Aston Martin is encouraged by its current situation.

“But compared to the others it’s impossible [to know], so really we will know in Bahrain or even in Barcelona [testing] when we know what others are done. It really is impossible to compare.

“Perhaps the others have set aggressive targets too and they’re meeting them or exceeding them, nobody will tell you.”

Aston Martin, under its Racing Point guise, only narrowly missed out on third in last year’s Constructors’ Championship but this season has slumped to a distant seventh, 38 points adrift of Alpine and AlphaTauri.

Aston Martin has regularly pointed to the regulation changes, and its low-rake philosophy, as a key influencing factor, and was unwilling to pour too many resources into addressing the situation.

“Once the architecture was frozen and the changes were made there’s only so much you can do,” said Szafnauer.

“We did our best to claw some of that back but at the same time we had to stop trying to claw the downforce back for 2021 as we had limited amount of resource and limited amount of [wind] tunnel time and we had to switch over to ‘22 otherwise it would have impacted our ‘22 season as well.

“Would we have liked to have done better? Yes, but we’re realistic that we couldn’t really claw it back with the limited resource we have, and you’ve got to remember the architecture was frozen.

“There’s lots of things with an unfrozen architecture we could have tried but we couldn’t, we had those two [development] tokens to use and that was it.”