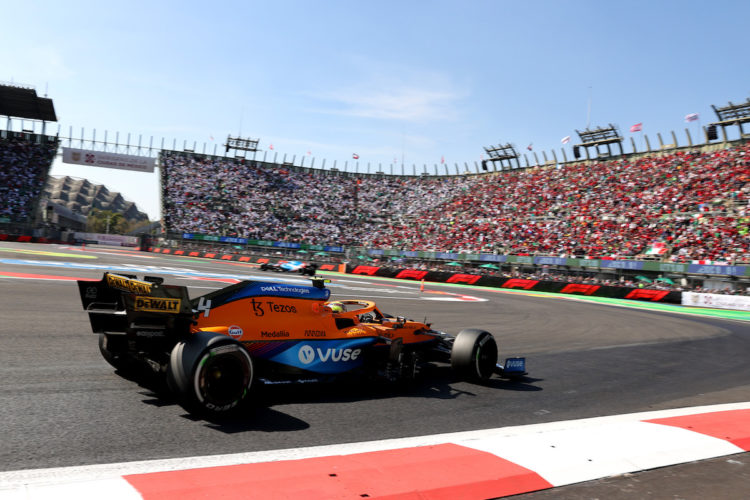 McLaren team principal Andreas Seidl says there is no reason for his squad to “give up” in its fight against Ferrari, after the Italian outfit jumped to third in the standings following the Mexico City Grand Prix.

With four races remaining in the championship, Ferrari now controls third place in the Constructors’ table with a 13.5 point lead.

“I think the most important thing is to accept days like today can happen in racing,” Seidl said.

“At the same time they can happen to a competitor so there is no reason to give up this fight, we move on and race again straight away next weekend and try to strike back.

“The disappointment today was we only scored one point but again this can happen to our competitors but we just need to focus on ourselves and scoring points consistently which we didn’t manage today.”

Norris was forced to battle from the rear of the grid after being handed a grid drop for taking on a fresh Power Unit, while Daniel Ricciardo’s race was unravelled at Turn 1 after he made contact with Mercedes’ Valtteri Bottas.

“Starting P7, the objective was clear to stay in battle with the Ferraris with Daniel, which didn’t happen at Turn 1 and then it was a pretty difficult afternoon,” Seidl reflected.

“Norris’ objective was to get back into the points which he managed with P1. On Daniel’s side, he had a good start picking up positions.

“Then into Turn 1 he had a short lock up but he managed to get under control again to make the apex, and then the driver from the outside, they came together in a racing incident although the incident wrecked our Sunday afternoon.”

Ricciardo was not penalised for his clash with Bottas, which Seidl asserted was the correct call as “Daniel managed to make the apex, at the same time when cars are closing in from the outside, all around him”.