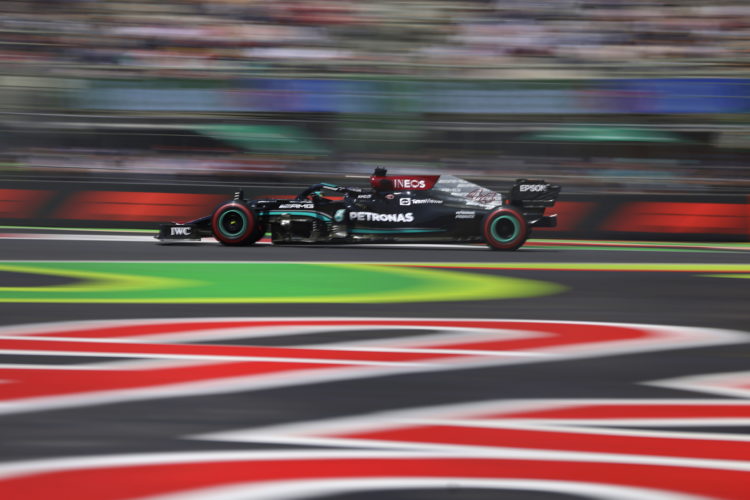 Mercedes believes it will hold a pace advantage at some of the remaining events in the 2021 Formula 1 season despite Red Bull’s recent performance.

Max Verstappen secured back-to-back victories in the United States and Mexico to pull 19 points clear of Lewis Hamilton in the Drivers’ Championship.

It moved Red Bull onto 10 victories for the season, four ahead of Mercedes’ tally, with the reigning champions now only one point in front in the Constructors’ battle.

“It’s difficult because normally this far into the season you see the performance settle down a bit and the swings are still big,” said Mercedes’ Trackside Engineering Director Andrew Shovlin.

“There will be circuits that will suit us, we had very strong races in Turkey and Sochi and plenty of strong races since the summer break.

“So it will be up and down. We’ve definitely got out work cut out, on balance they are a little bit ahead of us but it’ll get affected by the weather, the track temperatures, those will play a part.

“But the bigger thing will be the circuit characteristics. It seems when we’re on an understeery track we tend to go a little bit better, and then at the last two races, it was very much about rear tyre overheating, and it’s quite clear they have the advantage when we’re in that situation.”

Shovlin suggested the two front-running teams should be closer in Brazil but outlined the key indicators that are likely to have an influence.

“The weather inherently is very unstable there,” Shovlin said of Sao Paulo. “You can have 50-degree track one day and it can be a washout the next.

“I think if it is a hot circuit it’ll probably move it in their direction, a bit of cloud cover may well suit us.

“But one advantage they had [in Mexico] is they were able to go up a step on downforce from the rear wing they normally run to their max downforce wing, but for us that’s the one that we run normally, it’s just their car seems to have more downforce than us on identical sized wings. And I think that played into their favour.

“In Brazil that should be less of an issue but it’s very hard to predict, and like coming here, we’ll look at the weaknesses of our car and work out how we can minimise them.”