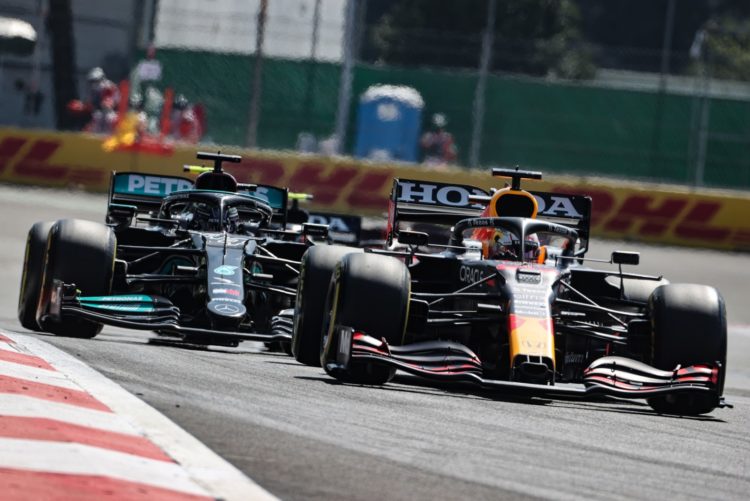 Mercedes was expected to trail Red Bull at the Autodromo Hermanos Rodriguez but pulled off a surprise when it locked out the front row of the grid during qualifying.

However its prospects unravelled on the opening lap as Max Verstappen swept through from third to claim a lead he would not relinquish, leaving Hamilton to preserve second against Sergio Perez.

Verstappen’s victory means he holds a 19-point advantage over Hamilton in the standings with four rounds remaining.

Mercedes’ Constructors’ prospects were also dealt a blow as Valtteri Bottas did not score, following Turn 1 contact, allowing Red Bull to move to within a point.

“When we came here we didn’t expect to beat Red Bull and therefore the qualifying result came as a surprise,” said Wolff.

“Probably they went backwards and we went forwards but the reflection of the pace differential is what we saw in the race. The win was never on for us and that’s why taking P2 means winning P2.

“I think it was damage limitation for Lewis and it was a really tough but great drive to be honest to hold onto second.

“Probably we were only good enough for P3 today but he managed to hold onto second and on Valtteri’s side, as good as it was [in qualifying], it started to go wrong with Turn 1 and then obviously the rim got stuck on the axle [at the pit stop].”

Wolff is nonetheless optimistic that Mercedes can put up a sterner challenge at this weekend’s Sao Paulo Grand Prix.

“We leave here, the circuit that we probably regarded as one of the worst ones for us,” he said.

“We are going to Brazil that wasn’t much better in the past but at least we believe that we can have a solid car there, more close to Red Bull than what we had here.”