Verstappen on 19-point lead: ‘I don’t believe in momentum’ 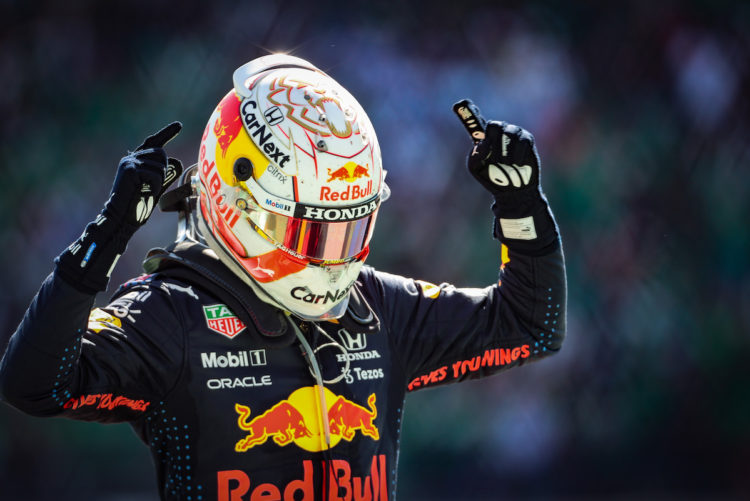 Red Bull’s Max Verstappen has denied that the 2021 championship battle is swinging in his favour following his victory at the Mexico City Grand Prix.

Verstappen dominated the race after Red Bull was out-paced by rivals Mercedes during Saturday’s qualifying session.

With Hamilton crossing the finish line in second place on Sunday, Verstappen extended his lead in the Drivers’ standings to 19 points with four races remaining in the season.

However, the Dutchman cooled suggestions that he is on his way to bagging his first F1 title, asserting he is taking the championship one race at a time.

“I don’t believe in momentum,” Verstappen said. “So, every single race we have to try and nail the details and we didn’t do that [on Saturday].

“Things can go wrong very quickly, or can go right. So, it’s going to be really tight and exciting to the end.

“This has been always a track really good for us, so I expect Brazil not to be like it was today.”

Verstappen captured the lead of the race into the opening corner, having lined up in third place behind Valtteri Bottas and Hamilton.

Speaking about his around-the-outside overtake at Turn 1, Verstappen says he was “on the edge” when he applied the brakes deep into the corner.

“You can’t really practice how a start is going to go, because you end up left, middle, right, [it] depends on what happens,” Verstappen said.

“But once I was on the outside and basically on the racing line, I knew exactly where I was going to brake. It’s always a tricky one, especially the car on the inside is fully into the dirt because nobody is really driving there.

“So they can never brake as late as the car on the outside, also because of the angle going into the corner, and I knew where I was braking that was really on the edge.

“You could see I was also getting closer to the white line on the exit, so I knew if somebody would brake later on the inside he would have definitely gone off the track. I just went for it and it worked.”