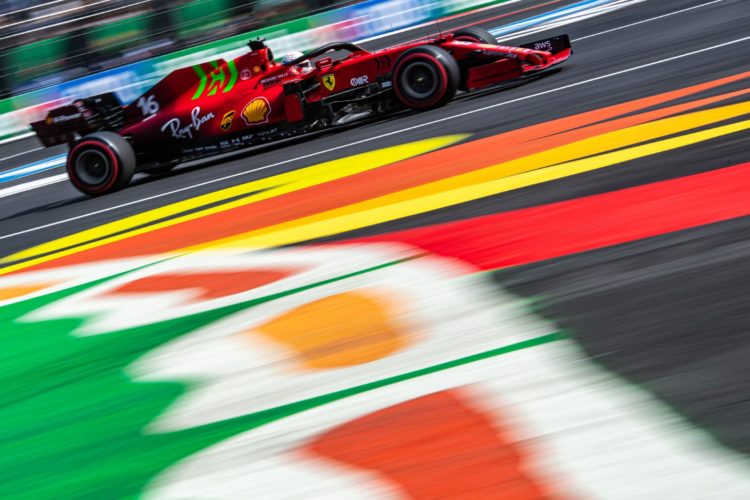 Ferrari boss Mattia Binotto expressed disappointment at the squad’s performance at Formula 1’s Mexico City Grand Prix but was buoyed by its gain in the standings.

Ferrari was the fourth-quickest team throughout qualifying and the race at the Autodromo Hermanos Rodriguez as it trailed AlphaTauri’s Pierre Gasly.

That left Charles Leclerc and Carlos Sainz a distant fifth and sixth.

But with McLaren only mustering a point courtesy of Lando Norris it allowed Ferrari to move 13.5 points ahead in the battle for third in the championship.

It is the largest advantage Ferrari has held in the points over McLaren this season.

“I think we were hoping for a better weekend in terms of performance, but overall I think as a team result, it has been a great team result,” said Binotto.

“In terms of points and championship, we are in third position now, 13.5 points ahead of McLaren, four races to go. So I think it’s still a very tight battle.

“But at the moment, at least we are third with 13.5 points, which are not unreachable. So certainly McLaren struggled as well the last weekend.

“Let’s see now in Brazil in a week’s time. Hopefully we may consolidate what we have seen.”

Binotto conceded that Ferrari lacked the level of performance to unsettle Gasly.

“If I look at the last races, I think we had a pace which was a lot closer to the top teams,” said Binotto.

“And for a while today, it was somehow nine-tenths a second. So I think in terms of the relative gap to the top cars, we are a bit behind.

“Honestly I was hoping coming to Mexico where we know somehow as well the power unit counts less, because it’s a circuit that is less power sensitive, to have a better overall relative performance, which has not been the case.

“We struggled a bit on performance in qualifying, we struggled as well [in the race] compared to the best cars.

“I think the fact that Gasly has been ahead of us is another sign. So, certainly he did very well, so well done to Gasly and AlphaTauri. But I think that today we could have finished, or I was at least hoping to finish ahead of the AlphaTauri and closer to the best.”