Wolff: Mercedes ‘opened up the sea’ to let Verstappen by at Turn 1 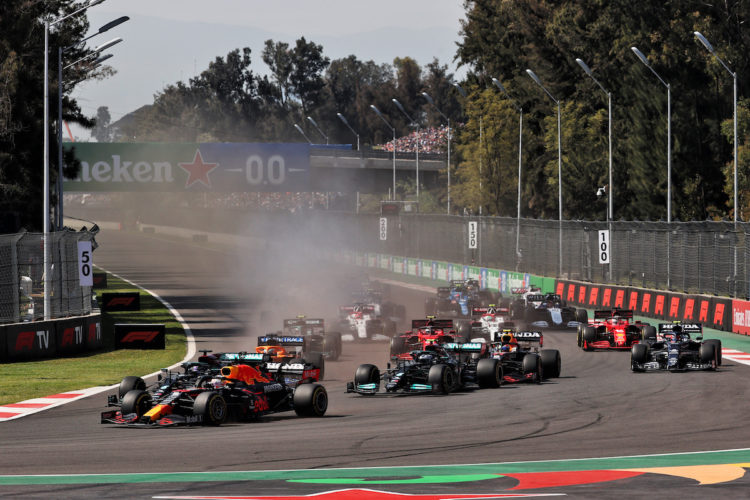 Mercedes team boss Toto Wolff has expressed frustration over his team’s defence on Max Verstappen on the opening lap of the Mexico City Grand Prix.

Verstappen, starting from third on the grid, used the outside line to overtake both Lewis Hamilton and Valtteri Bottas into the opening corner.

Bottas was then spun around following contact from McLaren’s Daniel Ricciardo, while Verstappen went onto dominate the race and take his ninth win of the 2021 campaign.

“That should not happen,” Wolff told Sky F1. “I think we had two cars in front and we seemed to open up the sea for Max to come around the outside.

“Even so, the spin afterwards and the complete loss of points with Valtteri’s car when it could have been a third or fourth place is annoying to say the least.”

Wolff believes that Red Bull would’ve had the advantage even if Verstappen had failed to get past either of its drivers at the opening turn.

“You have to congratulate Red Bull because the pace was just on another level,” Wolff said.

“I don’t think we could have won the race even if we would have stayed ahead in the first corner because they could have driven circles around us around the pit stops.

“In the end, for Lewis’ championship, it was damage limitation, as for the constructors’, Valtteri spinning out at Turn 1 was just very painful.

“Lewis drove a brilliant race with the equipment he was given to really hold onto P2 because Checo was fast on the Friday – that is really the highlight for me today. Now it’s just about picking ourselves up.”

Mercedes now leads Red Bull by just a single point in the Constructors’ Championship, while Verstappen stretched his advantage in the Drivers’ standings to 19 points over Hamilton.