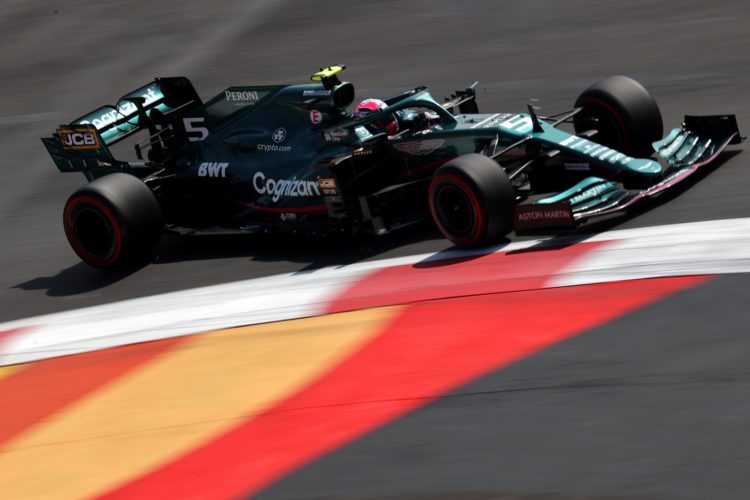 Sebastian Vettel is optimistic that Aston Martin can have one of its most prosperous races in Mexico amid setbacks for rivals.

Vettel has scored points in only five of this year’s 17 grands prix and has finished higher than ninth on just three occasions – fifth in Monaco and the rain-hit Belgium race, along with his podium in Azerbaijan.

Vettel was eliminated from Q2 at the Autodromo Hermanos Rodriguez but because of penalties for Yuki Tsunoda and Lando Norris is due to line up from ninth on the grid.

“It was a decent effort,” said Vettel. “We tried to make it to Q3 on the Medium and I had two runs in Q2: my first was not very strong, and I think a tear-off stuck on the rear wing cost us some performance, but the second run was much better.

“I think we will start from ninth, but let’s see how the grid looks when all the penalties are applied. That should give us a good platform to have a strong race.

“We have shown good pace on the long runs this weekend, so I think we can be up there fighting for good points.

“We also have free choice on tyres [as a result of qualifying 11th], so we will go away and look over the data to work out the best strategy.”

Vettel’s team-mate Lance Stroll will start from last on the grid; the Canadian was already set to line up towards the back due to an engine change but then crashed out of Q1.

Stroll was checked over at the medical centre as a precaution but swiftly released.