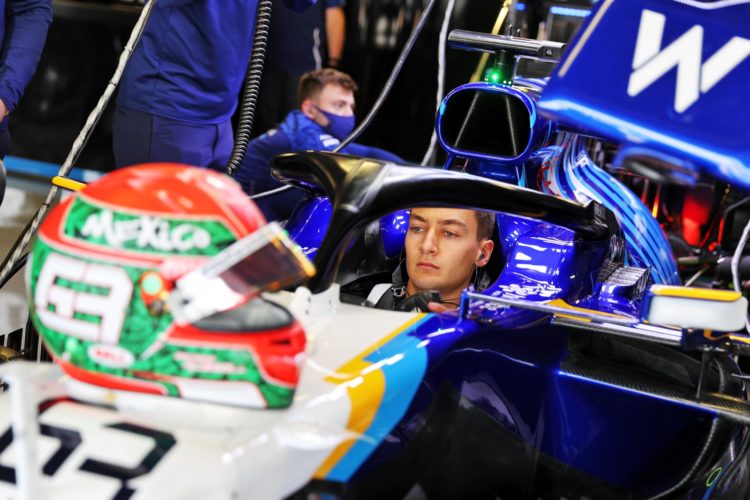 George Russell is set to drop five places from wherever he qualifies at Formula 1’s Mexico City Grand Prix after an unscheduled gearbox change.

Russell suffered two separate issues during Friday’s practice sessions at the Autodromo Hermanos Rodriguez and was forced to sit out most of the second hour of running.

An earlier problem meant Russell’s FP2 issue stemmed from his race gearbox and as that has had to be changed before the end of its six-event cycle Russell faces a five-place grid drop.

“We found an issue with George’s gearbox at the end of FP1 and so we opted to fit his race box for FP2,” said Williams’ Head of Vehicle Performance Dave Robson.

“Unfortunately, this suffered with a different failure during the first run of FP2.

“George will now take a new gearbox, which will leave him with a grid penalty on Sunday. This is frustrating, but at least it happened [in practice] rather than during the race.”

Despite the setback Russell was buoyed by the potential of the FW43B during the opening session.

“It’s not ideal but it’s Sunday where the points are awarded,” said Russell.

“FP1 on the other hand was a strong session for us. The car was feeling good, I found a decent rhythm and we showed some strong race pace.

“That race pace is going to be critical as the high altitude makes it really difficult for the cooling, for the brakes and for the power unit. If we’re on top of that then I think we can be on the front foot for the race.”