Norris takes fresh PU, set to start towards back 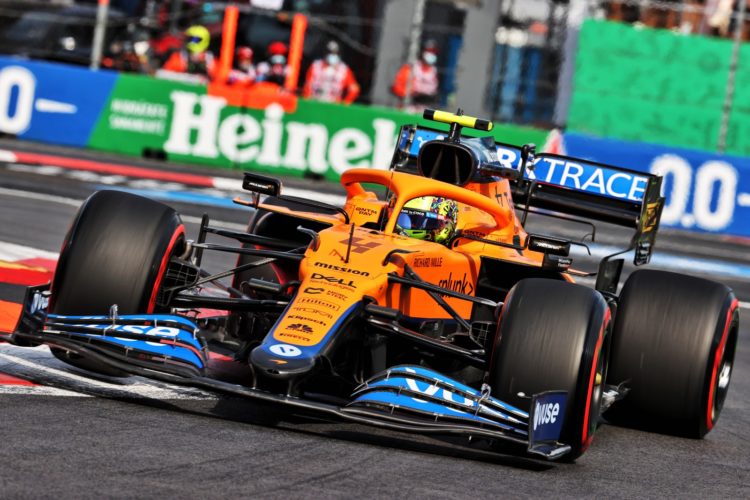 McLaren’s Lando Norris is set to start Formula 1’s Mexico City Grand Prix from towards the back of the field after taking on a fresh power unit.

Norris was the only Mercedes-powered competitor yet to exceed his season’s worth of power unit allocations after Aston Martin’s Lance Stroll took on fresh parts on Friday.

But McLaren has opted to take the penalty for this weekend’s event in order to add another power unit into Norris’ pool for the remainder of the season.

Norris was only 12th during Friday’s second practice session as the team struggled for performance from its MCL35M.

It means only the Alfa Romeo and Haas drivers, along with Alpine’s Esteban Ocon, have not exceeded their power unit allocations in 2021.

Norris joins three other drivers in taking a grid drop into Sunday’s race at the Autodromo Hermanos Rodriguez.

Stroll and AlphaTauri’s Yuki Tsunoda must also start at the back due to taking new power unit components.

Williams’ George Russell has a five-place demotion due to taking on a fresh gearbox following problems during Friday practice.