Horner upset with Tsunoda: ‘I don’t understand why he was just cruising’ 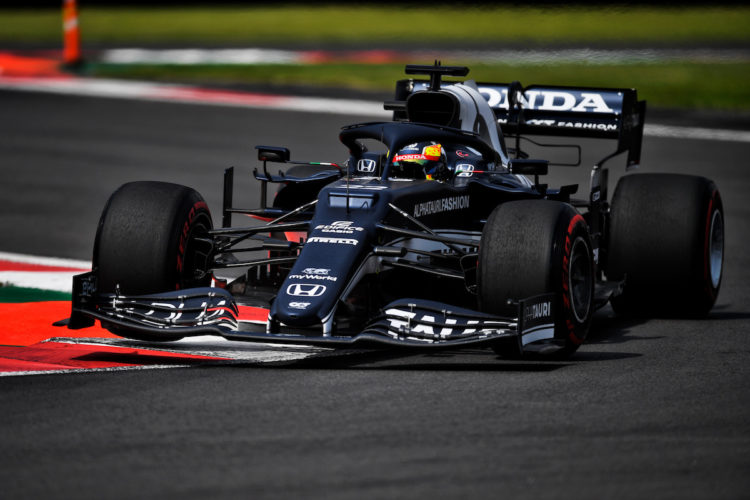 Perez was following Tsunoda in the dying stages of the session on his last hot lap, but slipped off the road after becoming distracted by Tsunoda ahead.

Tsunoda opted to pull off the track to let Perez by, however the subsequent dust that he kicked up disturbed Perez.

“I was annoyed as [it was] Q3, he shouldn’t be there [at that part of the track] – but it is what it is,” Perez said after the session.

Verstappen and Perez ended the race in third and fourth respectively with Mercedes locking out the front row, however Horner believes a stronger result could’ve been on the cards for his team.

“I think we got Tsunoda’d,” Horner told Sky F1. “Both drivers were up on their last lap.

“Max was up two and a half tenths, I think Checo was just under two-tenths up and I don’t understand why he was just cruising around at that part of the circuit.

“It’s disappointing because it affected both the drivers and they are both pretty annoyed. But we’re still second row of the grid and can have a great race from there.”

Red Bull entered the weekend as favourites to be fastest, but Mercedes had the energy drink-backed team beat on Saturday, with pole-sitter Valtteri Bottas ending up three and a half tenths ahead of Verstappen.

“They were very quick, very quick,” Horner said. “I think we could see yesterday that their engine, they’ve addressed the issues that they had previously here.

“So they’ve obviously managed to address that. I think we underperformed in Q3, but it’s still very, very tight. I think in the race tomorrow, again it’s going to be very tight.

“They’ve just got a good straight-line speed here, which is going to be tough.”