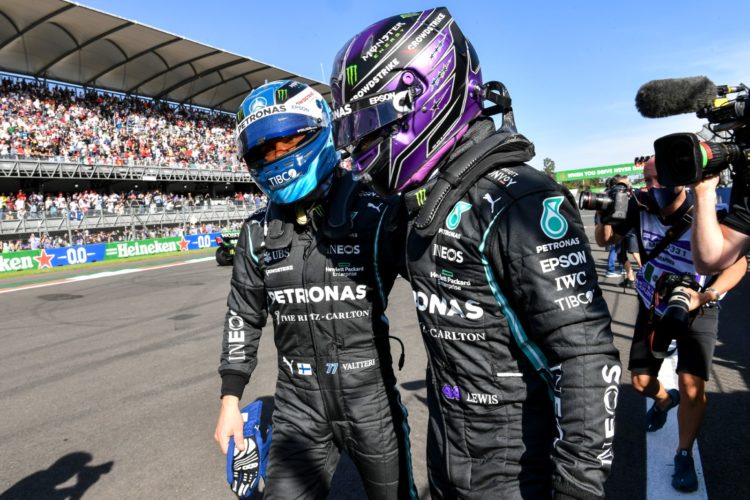 Red Bull led the way through second and third practice at the Autodromo Hermanos Rodriguez but Mercedes stepped up during qualifying on Saturday.

Valtteri Bottas claimed provisional pole with his first push lap in Q3, with Hamilton second, and their positions did not change across the second runs, as Red Bull’s challenge faltered.

“We’ve come into this weekend from P1 onwards we’ve generally been behind [Red Bull] by half a second,” said Hamilton.

“So through the whole weekend [we have been] working away at trying to improve the car, extract as much as we can from it but knowing they’ve generally got higher downforce.

“It’s a real surprise and shock to us to see we’re on the front row, I don’t really have an answer for it but I’ll take it for sure, grateful to be up there with Valtteri to get a 1-2.”

Hamilton added that Mercedes only made “small tweaks” to its W12 ahead of qualifying but that he “didn’t really like the set-up of the car; it was good in FP3 but I struggled with it in qualifying.”

Hamilton trails Max Verstappen by 12 points in the Drivers’ Championship.