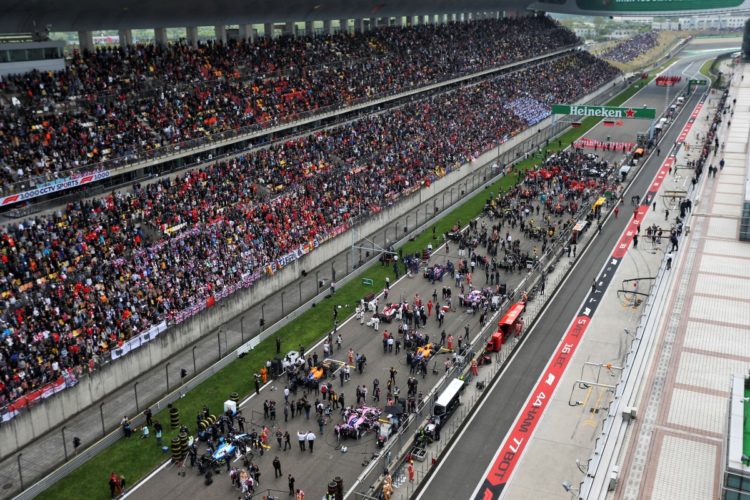 The grid before the start of the race. Chinese Grand Prix, Sunday 14th April 2019. Shanghai, China.

Formula 1 has extended its contract with organisers of the Chinese Grand Prix, securing the event’s future until 2025.

China first featured on the calendar at the Shanghai International Circuit in 2004 and from 2009 the event has been held early in the season.

It has not been present on the calendar since the outbreak of the pandemic while its 2022 event has already been called off due to the ongoing uncertainty regarding China’s restrictions.

But on Saturday an extension was announced that will run until 2025.

“This is great news for all of our fans in China and we are delighted to announce this agreement that will see us racing in Shanghai until 2025,” said Formula 1 CEO Stefano Domenicali.

“Our partnership with the promoter Juss Sports is incredibly strong and we look forward to continuing our long-term partnership.

“While we are all disappointed we could not include China on the 2022 calendar due to ongoing pandemic conditions, China will be restored to the calendar as soon as conditions allow and we look forward to being back with the fans as soon as we can.”

Formula 1’s calendar will next season feature a record-breaking 23 grands prix despite the absence of China and Qatar.

Qatar, which will debut in two weeks’ time, holds a 10-year deal that will come into effect in 2023.