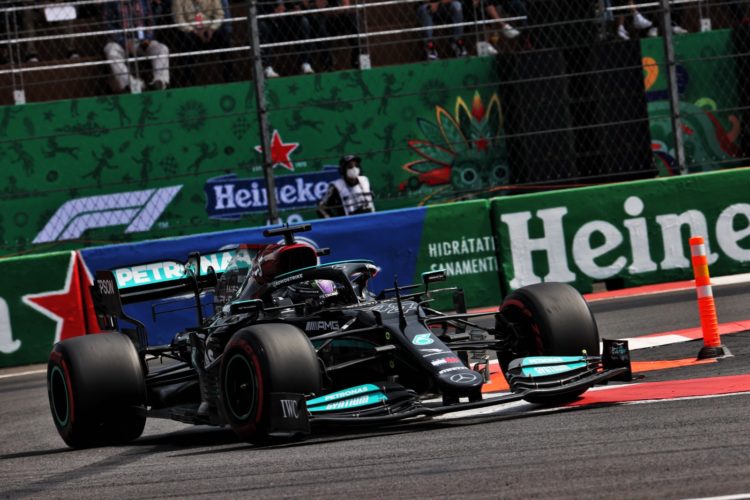 World Champion Lewis Hamilton has been reprimanded by Formula 1 stewards after an incident during Friday’s opening practice session in Mexico.

Hamilton went deep into Turn 1 at the Autodromo Hermanos Rodriguez and drove across the grass, cutting inside Turn 2, before re-joining the track on the approach to Turn 3.

His actions were in contravention of the event notes issued by Formula 1’s Race Director Michael Masi.

The notes outline that drivers must re-join the track by driving around the bollard that has been placed on the outside of the entry to Turn 3.

Hamilton was summoned to the stewards after the session and has been handed a first driving-related reprimand of the season.

Alfa Romeo’s Kimi Räikkönen has also been reprimanded for the same issue.

Stewards noted Hamilton’s comments “in relation to track conditions and his attempt to steer to the left after leaving the track” but considered it a failure to follow Masi’s instructions.

Drivers face a 10-place grid penalty if they pick up three driving-related reprimands during the course of a season.