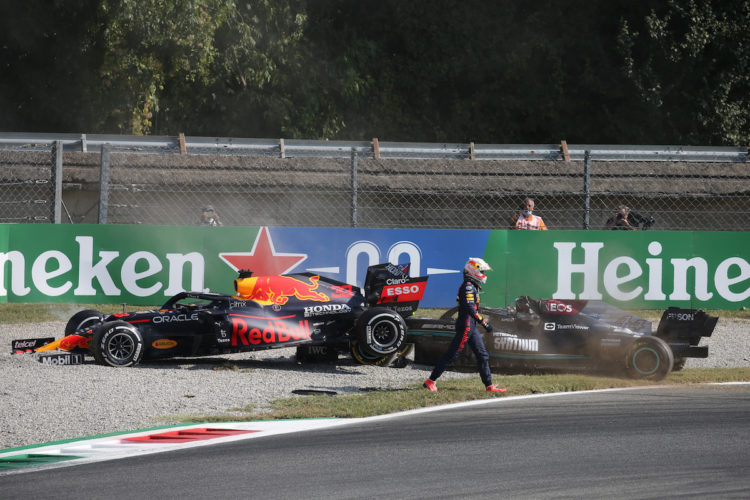 Mercedes’ Lewis Hamilton is hopeful his title fight with Max Verstappen won’t be decided via a collision later this year.

The pair have been involved in a tense championship battle all season, with Verstappen currently leading Hamilton by 12 points with five races remaining.

Recently, Mercedes team boss Toto Wolff said that if it was the final race of the year, “whoever is in front is absolutely going to try to do the same as in the Senna-Prost years”.

Senna and Prost famously crashed into each other at the final rounds in 1989 and 1990, which ultimately decided the title fight those years.

On a handful of occasions in 2021, Verstappen and Hamilton have come together on the track, leading to growing tensions between both camps.

But Hamilton is hopeful that the two can end their title squabble without the need for malicious on-track incidents.

“Firstly I haven’t read what Toto has said but I highly doubt he would insinuate that would ever be the case,” Hamilton said.

“So that’s from my perspective and my point of view. I’m here to win and in the right way, and that’s through sheer skill and determination and hard work.”

“I think we’ve been racing hard all year, this is what motor racing is all about. And I think this is the reason it’s been the most exciting season since god knows when, so that’s why we also have more fans watching than ever.

“That’s all you can do is give it your all and work as hard as you can with your team. If it doesn’t work out then you live to fight another day.”