Hamilton: Half second gap to Verstappen purely down to pace 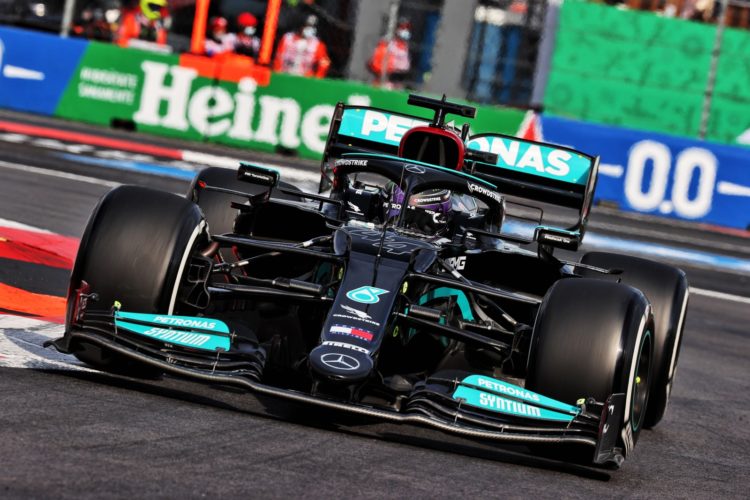 Lewis Hamilton says his deficit to Max Verstappen during practice for Formula 1’s Mexico City Grand Prix is purely down to Mercedes’ speed versus Red Bull.

Hamilton trailed Verstappen by over half a second during the Soft tyre runs in second practice at the Autodromo Hermanos Rodriguez on Friday.

Valtteri Bottas finished slightly closer to Verstappen but was still over four-tenths down on the championship leader.

“The car is generally feeling OK, we’ve not really had any major issues,” said Hamilton, who trails Verstappen by 12 points in the standings.

“I think we’re giving it absolutely everything we’ve got and it’s just that they’re quicker than us at the moment.

“We’ve got no real concerns. Just chipping away at our setup and trying to improve it but we’re lacking downforce which is probably why we had that half a second difference between us.”

Bottas echoed Hamilton’s sentiments and reckons Mercedes has work to do if it is to deny Verstappen pole position.

“I mean, starting the day, it was quite tricky with the low grip, it was quite a dusty track and that’s why it was difficult to get a proper read of how the car really is, but I thought it was not far off from what it should be and we could fine tune it for FP2 and it didn’t feel too bad,” said Bottas.

“But there’s still definitively lap time we need to find because Red Bull seems to be quick.

“They definitively seemed quicker today, at least on the single lap they have really strong pace on the Soft tyre, so we need to find a bit of lap time if we want to fight for the pole.”