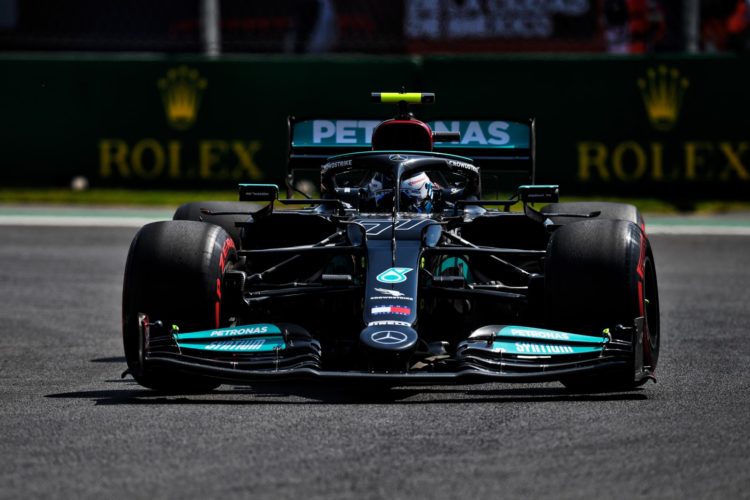 As with the recent Austin round, and next weekend’s Sao Paulo event, Mexico City has returned to the schedule after its pandemic-enforced absence in 2020.

The venue is located over 2km above sea level, presenting a challenge for drivers and teams, with the high altitude having an influence on Formula 1 cars due to the thinner air.

An early attempt from Hamilton was squandered when he went wide into Turn 1 and ran across the grass, cutting Turn 2, prior to re-joining ahead of Turn 3.

Hamilton informed his Mercedes team that he was unable to slow down by his actions were in contravention of the guidelines outlined in the event notes issued by Race Director Michael Masi.

They state that any driver who misses either Turn 1 or Turn 2 must re-join by negotiating the bollard that has been placed on the outside of the entry Turn 3.

Hamilton has been summoned to the stewards, along with Alfa Romeo’s Kimi Räikkönen, who also took a similar course of action.

Sergio Perez has been the centre of attention as he prepares for a home grand prix in race-winning machinery for the first time in his career.

But Perez’s session started on the back foot when he spun on the entry to Turn 16 and backed his Red Bull RB16B into the wall, causing damage to the rear wing.

Perez was able to re-join the action later in the session and, after having his first push lap baulked by AlphaTauri’s Yuki Tsunoda, climbed up to fourth.

That time came later in the session compared to his rivals on a circuit that was exceptionally dusty in the early stages of running.

Sainz was followed by Alpine’s Fernando Alonso and team-mate Charles Leclerc, who spun into the Turn 16 barriers early on, though caused only minor damage to the rear of the car.