Rosberg considered offering himself to be Hamilton’s Sakhir stand-in 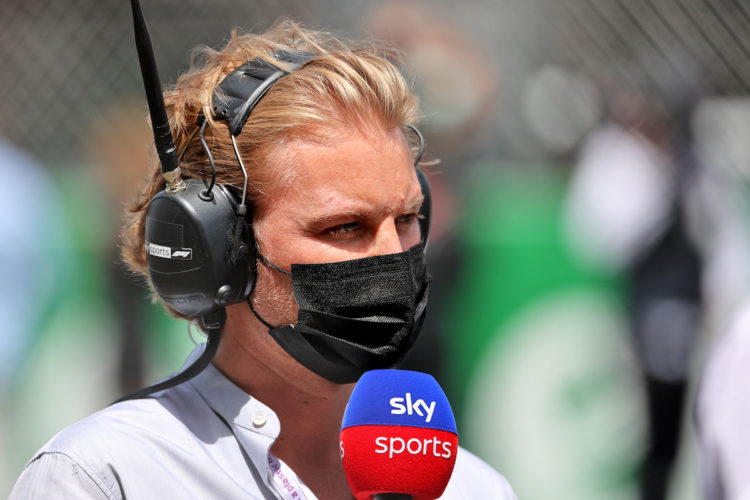 Nico Rosberg says he considered offering his services to Mercedes to stand in for Lewis Hamilton at last year’s Sakhir Grand Prix.

Ahead of the penultimate round of the 2020 campaign, Hamilton was ruled out of the event after testing positive for Covid-19.

George Russell, who is part of Mercedes’ junior programme and will race for the team in 2022, was ultimately chosen to replace the seven-time world champion.

Rosberg retired from F1 with immediate effect just five days after claiming the 2016 world title but says he contemplated ending a four-year absence for a one-off appaearance.

However, he realised that he physically would not have been able to compete due to his lengthy absence.

“I would definitely have considered picking up the phone there,” Rosberg said while in discussion with Jenson Button on his YouTube channel.

“But I physically would not have been able to. No way. I would not manage more than two laps with that car. My arms would solidify rock solid, my fingers… I wouldn’t be able to hold the steering wheel anymore after two laps, I’m sure.

“Not to speak of the neck falling between my legs when I’m braking, because I wouldn’t be able to hold my head up.

“You know, the G-forces on those things, the challenge and the development you need on all your specific muscles, your arm muscles… It’s very on the edge.

“So physically, no chance, because I was thinking about it.”

Since retiring from racing, Rosberg has stayed involved in motorsport across various categories in managerial or pundit roles.