Alfa Romeo ‘getting closer to points with each race’ 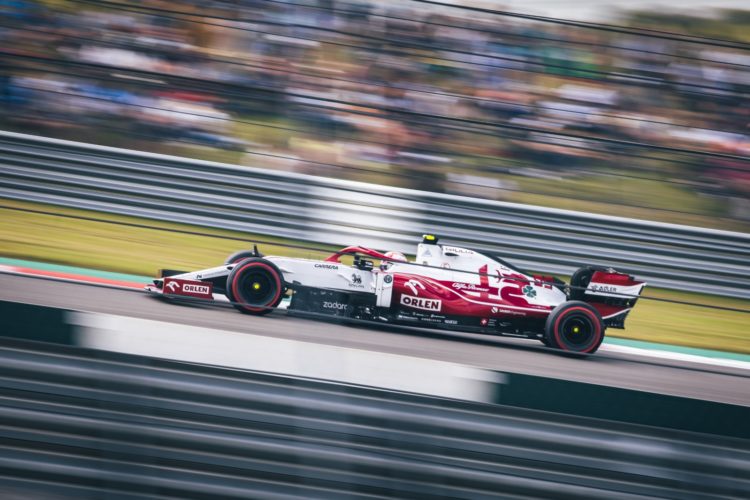 Alfa Romeo is edging closer to points contention, according to Antonio Giovinazzi, as he strives to end his lengthy wait for another top 10 finish.

Giovinazzi, who is expected to lose his Formula 1 seat at the end of the season, has scored just a solitary point in 2021, which came in Monaco.

The Italian has a 100 per cent finishing record this year but has not returned to the top 10 since, classifying 11th on three occasions, including at the most recent events in Turkey and the United States.

“It’s great to come back to Mexico, it’s one of those venues where the crowd really makes itself part of the show,” said Giovinazzi ahead of this weekend’s Mexico City Grand Prix.

“We have three races in three weeks, three more chances to score points: we have been getting closer with each race, so hopefully this is the time we bring home the reward our work deserves.

“The spirit of the team is still really strong and we’re all pushing in the same direction, and we will do that until the very last corner in Abu Dhabi.”

Alfa Romeo is poised to finish ninth in this year’s championship as it trails eighth-placed Williams by 16 points with only five rounds left in the season.

“The three races we’ll tackle in the next three weeks will be a test for the whole team, especially coming towards the end of such a long season,” said team boss Frederic Vassuer.

“They also represent a big opportunity as we know there will be chances to come home with points in each of them.

“We have been 11th six times this season, thrice as many times as anyone else on the grid, so it shouldn’t be a surprise if we end up fighting for the points once again on Sunday.”