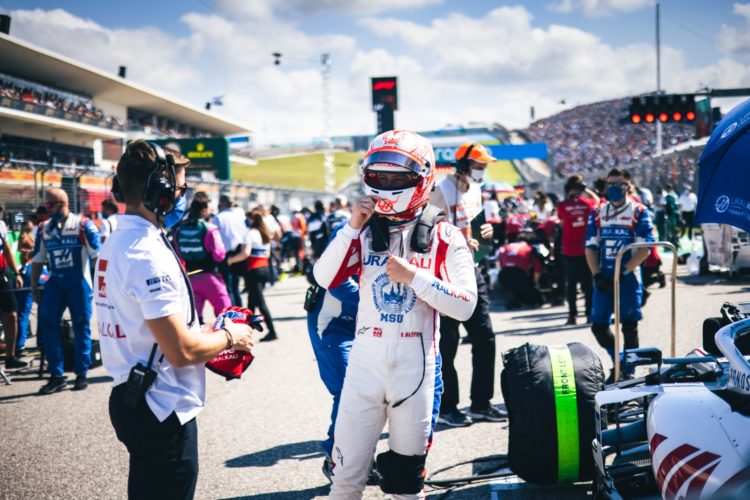 Haas team boss Guenther Steiner says grid penalties for rivals are helping his rookies learn in terms of battling for positions at the start of Formula 1 races.

Haas has spent the majority of the 2021 campaign at the rear of the grid after opting not to develop its car due to its focus on the new-for-2022 technical regulations.

Nikita Mazepin has yet to make it out of Q1 while Mick Schumacher has only once made it through on merit – in Turkey – and has regularly joined his team-mate towards the rear of the starting order.

But engine penalties for opponents in recent rounds have elevated the Haas drivers further up the starting grid.

Schumacher and Mazepin started 14th and 15th respectively in Russia, having qualified 17th and 19th.

In the United States the pair lined up 16th and 17th, marking a gain of three positions compared to their Q1 results.

“It is a very good thing for our drivers that this is happening at the moment, so they’re not always starting last and second last, or at best, 17th and 18th,” said Steiner.

“It’s a little bit more forward. We’re still hoping that at some stage with everybody having to change their engine, we will end up on pole position but I think we’re running out of time for this year!

“It’s a big opportunity for them to learn and take stuff in, as every time they do one of these starts, they learn a lot about how they have to behave and how to get the best out of it.”

Schumacher and Mazepin have already been retained for the 2022 season.