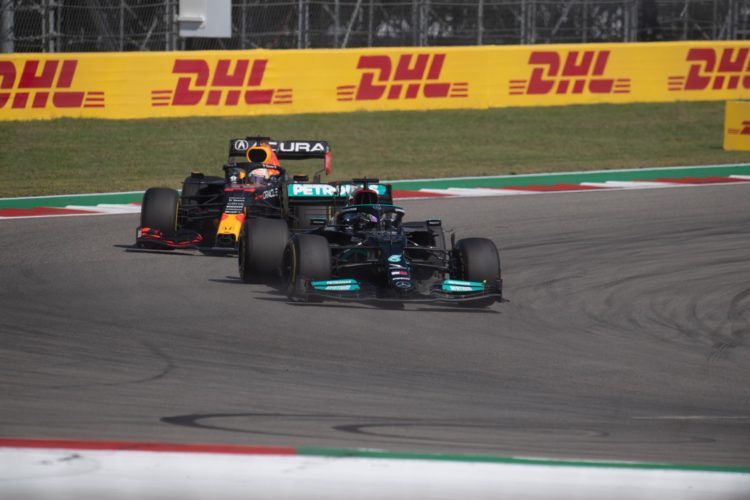 Hamilton and Verstappen have been locked in a tight battle throughout the course of 2021 and the Red Bull driver currently holds a 12-point advantage with five rounds left to run.

Rosberg commended both drivers for their displays this year, asserting the title outcome is currently impossible to accurately predict.

“The cars are exactly the same, the drivers are on the same level and are in a league of their own,” 2016 World Champion Rosberg told Sky Germany. “Nobody can keep up with them.”

“It’s going to be so close in the last few races, so much is going to happen. It just can’t be topped. I can’t predict how it’s going to turn out after Austin.

“Of course I can assess from the outside what kind of performance they are doing. It’s such a high level between the two drivers – the highest level that Formula 1 has ever seen. Phenomenal, huge respect.”

Rosberg provided his own prediction for this year’s title battle, believing that Hamilton’s experience will benefit him during the final races of the season.

“Somehow I would still tend lean towards to Lewis,” Rosberg said. “Through experience, and because he normally always wins in the end.”

Hamilton and Verstappen’s title fight will continue next weekend, when F1 returns to the Mexican Grand Prix for the first time since 2019.