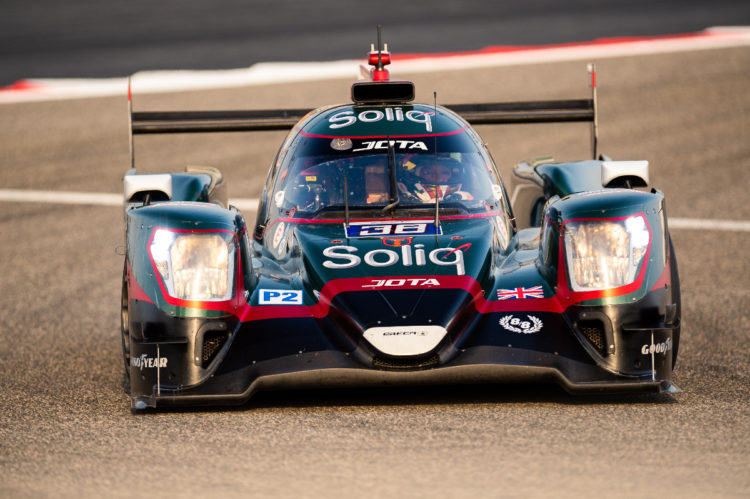 Tyre manufacturer Goodyear is happy about how its first year as exclusive tyre supplier in the FIA World Endurance Championship has gone, according to its Endurance Programme Manager Mike McGregor.

Goodyear became the sole supplier for all teams in the LMP2 category for the 2021 season after teams had the option of using both Michelin and Goodyear (previously Dunlop) rubber in the secondary prototype class in prior seasons.

In addition to WEC, the company was also selected to supply all LMP2 squads in the European Le Mans Series with tyres.

Ahead of the double-header event in Bahrain, the first round of which takes place this weekend, McGregor expresses his contentment with the way the company has handled the 2021 campaign.

“We’re delighted with our first year as the sole supplier,” said McGregor. “Our commitment to WEC and ELMS is underlined by the fact we introduced a completely new slick, intermediate and wet range for this season.

“The tyre consistency and offering equal service to all teams have contributed to the fierce on-track competition. Few other championships have this many teams in contention with just two rounds remaining.”

McGregor has stated that Goodyear is coming into the two rounds in Bahrain with a different tyre specification compared to 2020, notably going from a choice of two compounds to only one.

Tyre degradation for the two rounds at the Sakhir circuit is expected to be a key factor, like in previous years. This will particularly be the case during this Saturday’s six-hour race.

In contrast to the eight-hour season finale, the Six Hours of Bahrain will take place entirely in the daytime, meaning temperatures will remain much higher than usual.

“Last year, we gave teams the option of two tyre specifications to help them with the temperature transition from desert sunlight into darkness. A 15c difference in track temperature is possible as night falls.

“This year, we’ve developed a tyre with a much wider operating window and we will supply this to all LMP2 category teams. It has been proven in the 47c track temperatures of Portimao and the 12c nightime of Le Mans.

“Compared to these circuits, Bahrain puts more demands on braking and traction. Long straights and heavy braking areas put the focus on longitudinal forces rather than the lateral loads of a classic circuit such as Spa.”

The championship battle in LMP2 is set to go down to the wire. After Le Mans, the JOTA trio of Stoffel Vandoorne, Tom Blomqvist and Sean Gelael hold a one-point lead over the Team WRT ORECA of Robin Frijns, Charles Milesi and Ferdinand Habsburg.