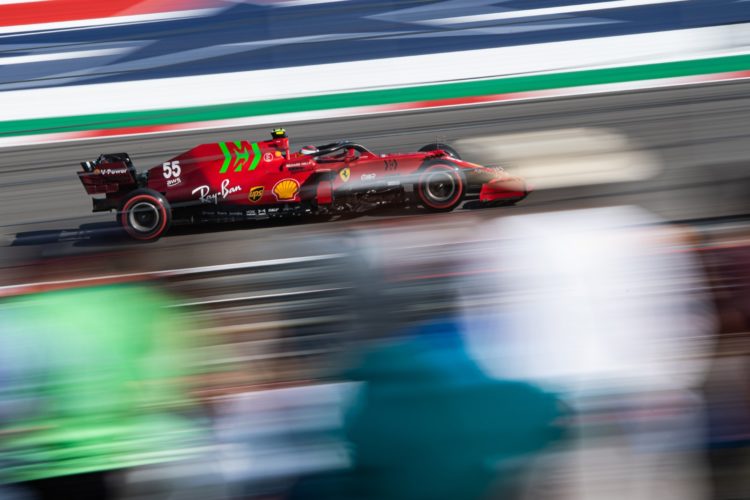 Ferrari’s power unit disadvantage is “not so dramatic” any longer, according to Mattia Binotto, after introducing updated components.

Ferrari suffered a sizeable disadvantage in the wake of a technical directive being issued prior to the 2020 season, amid suspicions over usage of the fuel flow sensors.

It worked on its power unit during the 2020/21 off-season and introduced further new components in recent races with an update to its hybrid systems.

The updated specification was introduced into Charles Leclerc’s SF21 in Russia while Carlos Sainz took the new component in Turkey.

Leclerc claimed back-to-back fourth places finishes in Turkey and the United States to enable Ferrari to move to within 3.5 points of McLaren in the battle for third in the standings.

“If I look at [the US Grand Prix] we were running maximum downforce but were matching the speed of the others, which if I consider last year the situation this is a big step forward,” said Binotto.

“We know there is a gap to the best engine today but we believe that gap today is not so dramatic let’s say.

“Certainly the help of the power unit was seen in qualifying and the race and that gives me some confidence for the next races.”

“If you look, generally speaking, this season McLaren has been always very competitive in medium to high-speed corners, and again it was the case in Austin,” he said.

“If I look at the performance of the weekend we have been ahead of them, and Charles has been half a second average faster than [Daniel] Ricciardo, finishing 25 seconds ahead, so on the balance of the lap we have been clearly faster.

“On paper it was not a circuit which was suiting our car so that’s why I am pleased with the progress in the last races.”