Mercedes: One failure during title run-in would be ‘catastrophic’ 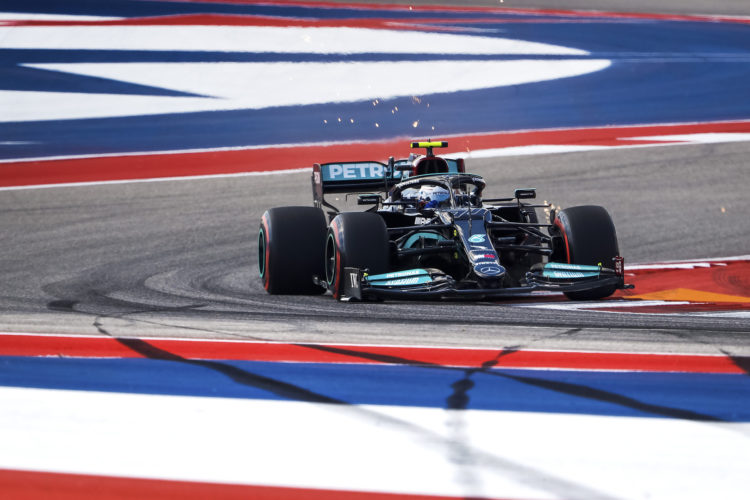 Mercedes says one power unit issue during Formula 1’s title run-in would be “catastrophic” as it continues to manage its current situation.

Mercedes accepted during the United States Grand Prix weekend that it is still battling reliability problems that it has not yet fully understood.

Lewis Hamilton took a fourth power unit in Turkey while Valtteri Bottas moved onto his sixth Internal Combustion Engine in the United States.

Mercedes also supplies McLaren, Aston Martin and Williams, with four of those six drivers – all aside from Lando Norris and Lance Stroll – having exceeded their allocation for 2021.

Mercedes has not ruled out the possibility that Hamilton will need to take another fresh engine, which would incur a five-place grid penalty.

“We are balancing performance versus reliability to the end of the season,” said Mercedes Strategy Director James Vowles.

“One failure to finish a race be it because of a chassis or power unit fault would be catastrophic for the championship and as a result of that, we are managing that in the best way possible to the end of the year.

“In the case of Valtteri, that meant taking one further ICE to make sure we had absolutely the best compromise.

“As to whether it improved his performance, yes, a small amount but it is more about the balance across the remainder of the season than one event.

“So, this change, as painful as it was during the Austin Grand Prix, will actually pay dividends across the next few races.”

Mercedes leads Red Bull by 23 points in the Constructors’ Championship while Max Verstappen holds a 12-point advantage over Hamilton in the Drivers’ standings.

Both Red Bull drivers have taken fresh Honda power units since Formula 1’s summer break, albeit with their allocation negatively impacted by collisions in Britain (Verstappen) and Hungary (Sergio Perez), rather than reliability concerns.