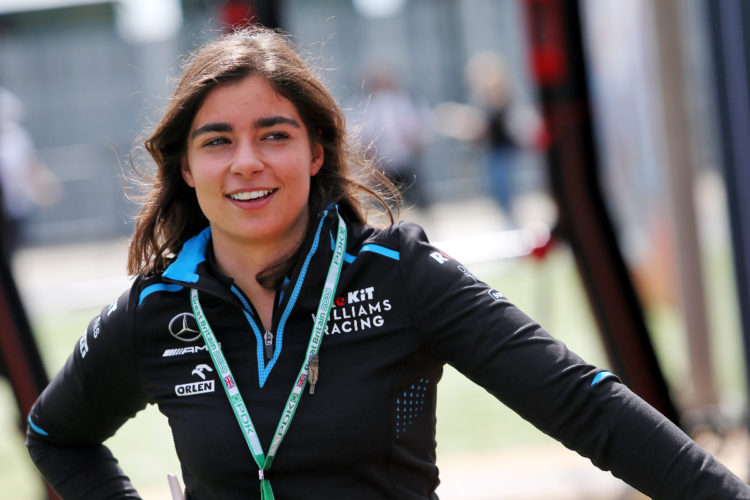 The traditional Rookie Test takes place on Sunday 7 November, the day after the 8 Hours of Bahrain season finale.

Chadwick and Powell will drive the #1 Richard Mille Racing Team ORECA 07-Gibson during the test.

The Signatech-run team is in its maiden season in the WEC and has sported the all-female line-up of Sophia Floersch, Tatiana Calderon and Beitske Visser throughout the 2021 campaign.

Both Chadwick and Powell have limited experience racing sportscars.

Chadwick began her motorsport career in closed cockpit machinery and notably won the GT4 title in the 2015 British GT Championship.

While she transitioned to single seaters in the following years, Chadwick would campaign Aston Martin GT4 machinery sporadically.

This included two appearances in the Nürburgring 24 Hours that included a class win in 2019. She is also still a development driver for the Williams Formula One team.

Powell, meanwhile, made a one-off appearance for Meyer Shank Racing in the IMSA WeatherTech Sportscar Championship in 2019. She teamed up with Katherine Legge aboard an Acura NSX GT3 Evo. Legge is set to take part in WEC’s Bahrain double header with Iron Lynx.

Apart from a season in the Jaguar I-Pace eTrophy in the same year, the 28-year-old has spent the majority of her career