Pirelli expects drivers to be pushed to two-stop strategy 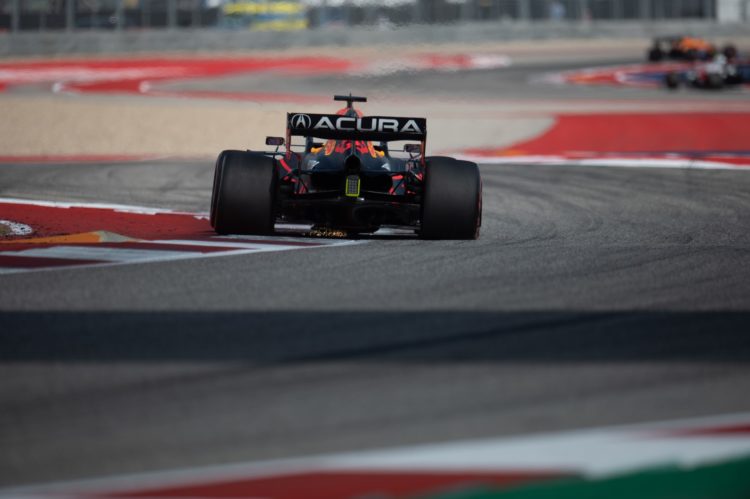 Formula 1 has returned to the highly abrasive Circuit of the Americas after a year’s absence and hot temperatures have persisted throughout the course of the weekend.

Upon Formula 1’s last visit in 2019, when the weather was cooler, a two-stop strategy prevailed as Valtteri Bottas overhauled one-stopping team-mate Lewis Hamilton.

Eight of the top 10 starters – all bar Ferrari’s Carlos Sainz and AlphaTauri’s Yuki Tsunoda – are due to start on the Medium tyres. Sainz and Tsunoda will be on Softs.

The remainder of the field has free choice of starting compound.

Pirelli expects a Soft/Hard/Hard strategy, or a Medium/Hard/Hard, to be the optimum approach to the 56-lap grand prix.

The company outlined that a one-stop strategy is feasible, aided by the relatively short time loss in the pit lane, but that such an approach is unlikely to be successful.

“The Medium tyre was favoured by the majority of the top 10 on the grid, as starting on this compound allows more flexibility in terms of strategy,” explained Pirelli chief Mario Isola.

“Managing the Softs to avoid overheating ­– especially at the rear – is crucial in these warm conditions, and this makes the Medium and the Hard the key choices for the race.

“A two-stop strategy is the more likely, with the high speeds and abrasive surfaces here taking a lot out of the tyres.

“At the same time the relatively low pit stop time loss and number of overtaking opportunities mitigate the advantages of a one-stopper.

“There are a number of different two-stoppers that are quite closely matched, depending on the race circumstances, so this looks set to be an intense strategic battle.”