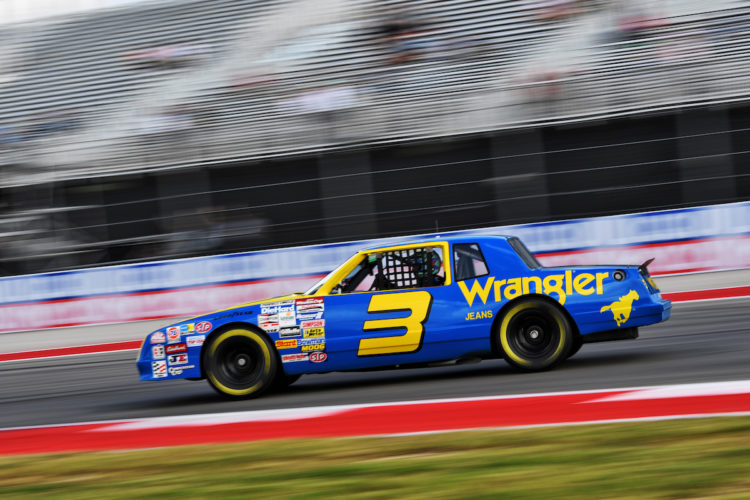 Daniel Ricciardo successfully completed a run in Dale Earnhardt Sr’s 1984 Wrangler Chevrolet Monte Carlo at the Circuit of the Americas on Saturday.

The agreement outlined that should he achieve a podium finish for the Woking-based team, Brown would let Ricciardo drive the car from his own private collection.

At the Italian Grand Prix, Ricciardo led home a McLaren 1-2 finish, taking his first race win in over three years.

It marked a bright moment in 2021 for Ricciardo amid a difficult maiden campaign with McLaren.

A beaming Ricciardo took to the track on Saturday morning, ahead of final practice, to drive a few laps, before rounding off the demo run with a series of donuts, much to the delight of the crowd.

The 32-year-old is also running an Earnhardt-inspired helmet livery this weekend for F1’s first trip to the United States since 2019.