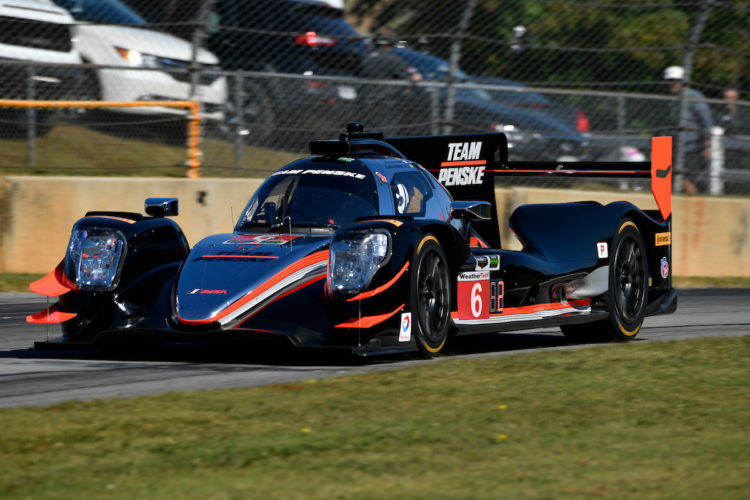 Team Penske looks set to contest the 2022 FIA World Endurance Championship in preparation for its LMDh programme with Porsche.

The legendary American squad will return to the top level of international prototype racing in 2023 as part of its LMDh partnership with the German manufacturer.

RACER reports that team boss Roger Penske is aiming to field a two-car LMP2 entry into the WEC next year in order to prepare the team for its works LMDh campaign.

“With the commitment that we have with Porsche for ‘23 and beyond, you just can’t show up and be ready to run,” Penske told RACER. “So we purchased the LMP2 car, and expect to enter it in some races and compete at Le Mans as a training ground for us for ’23.”

Penske’s comments come not long after an ORECA 07 LMP2 car was seen testing at the Indianapolis Motor Speedway earlier in the week.

“We were shaking down the car with some drivers not to be identified at this point,” Penske said. “Just to get a feel for the car and the team.”

These are guys that worked on the Acura Team Penske program, and we were just trying to get people back on their feet after the IndyCar season. And we’ve done a couple of days of testing and it was well worthwhile. And we have more to do.”

The Penske LMP2 effort is unlikely to be a full-season entry as the American team is also focused on setting up the Porsche LMDh programme.

With the Porsche LMDh prototype set to undergo testing in 2022, Penske says that the team’s goal is to do the championship rounds leading up to the 24 Hours of Le Mans in June, with further races after that not guaranteed.

“Our plan would be to run as many as we can up through June in Le Mans, for sure,” he said. “And then, depending on where we are in the development of the LMDh car, we may take a look at a race or two at the end of the season. There’s lots of options.

“And I think the first thing is getting the guys’ sea legs back and getting the driver line-up solidified. And we’re really excited about it.”

“It’s a big undertaking. But you know, we’ve got good, experienced people, and this is going to be a lot of fun to try and accomplish a goal with Porsche we’ve never accomplished, and that’s winning the 24 Hours of Le Mans in the next few years.”