Mercedes ‘lost some ground’ after strong start at COTA 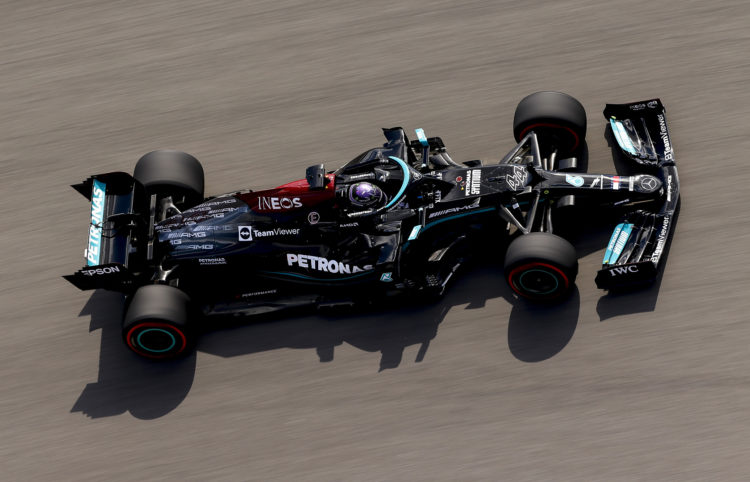 Mercedes laid down a marker in the opening session at the Circuit of the Americas on Friday as Valtteri Bottas and Hamilton finished almost a second clear of the chasing pack.

But Red Bull’s Sergio Perez led the way through the second practice session.

Hamilton had set a time that would have placed him a tenth in front of Perez but it was deleted after he was judged to have exceeded track limits through Turn 19.

“Generally, it’s been a good day but still work to do, it’s the way it is,” said Hamilton.

“FP1 was really good session, made some changes and wasn’t happy in FP2.

“And still, not such bad pace, but I think we lost some ground to everyone or they gained ground. So we have some work to do.”

Hamilton’s viewpoint was shared by senior figures at Mercedes.

“The second session didn’t look as strong, it was easy to overheat the tyres and that was making it harder to be consistent,” said Mercedes’ trackside engineering director Andrew Shovlin.

“Lewis had a lap deleted that would have us looking more competitive, but regardless, it seemed like we’d lost a bit of pace.

“That could be down to a number of things; perhaps we’d not adapted to the hotter conditions well, others may have improved, or it could be that some of our changes haven’t worked as expected.

“It’s useful to have found a few issues that we can get stuck into this as there’s plenty we can do to improve, but the overall feeling from the second session is that it’s going to be very tight at the front and both Red Bulls are looking like they are in the fight for pole.”