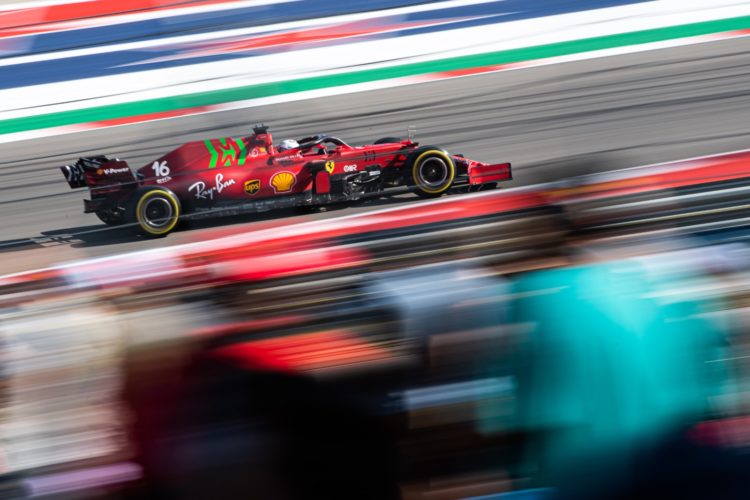 Ferrari drivers Charles Leclerc and Carlos Sainz expressed confidence over the pace of the SF21 at COTA despite trailing McLaren during second practice.

Ferrari and McLaren have been locked in a closely-fought battle for third place in the standings through 2021 and the Woking-based team currently holds a slender 7.5-point advantage.

“It’s also a very bumpy track so it’s tricky to be as precise as we normally are but it makes it challenging for us.”

Sainz also cut an upbeat figure despite classifying towards the lower reaches of the top 10.

“I have enjoyed myself a lot, it’s a great track to drive and every lap that I do here I just enjoy it,” said Sainz.

“And the car, the setup in FP1 was quite tricky with the bumps, some setup tuning and for FP2 we managed to improve it quite a lot, so I was a bit happier in general in FP2 although the timesheets don’t show it, because I had a pretty scrappy third sector with traffic and a mistake.”