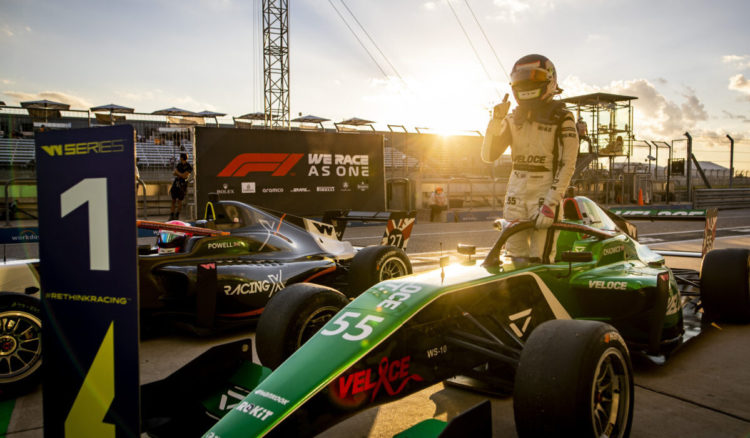 Defending champion Jamie Chadwick moved a step closer towards retaining her W Series title by winning her third race of the 2021 season at the Circuit of the Americas.

The 23-year-old Briton overtook pole-sitter Abbi Pulling of the PUMA team at the opening corner and led all the way to the chequered flag to beat Ecurie’s Emma Kimiläinen by 1.2 seconds to take the fifth victory of her W Series career. Racing X’s Alice Powell came from 10th on the grid to take the final podium spot from Abbi on the last lap of the race.

Jamie leads Alice by 10 points in the championship standings going into the final race of the season in Texas on Sunday, when Jamie will start from pole position and Alice will line-up in ninth on the grid. Emma’s third consecutive podium finish ensures that she will finish third in the championship.

Abbi came home in fourth to maintain her run of improving in every W Series race she has competed in after finishing eighth on her debut at Silverstone in July and seventh at Zandvoort last month. Beitske Visser finished fifth to move into eighth place in the championship standings – the final qualifying spot for the 2022 W Series season.

Jessica Hawkins is one point and one place behind Beitske after finishing sixth at COTA. Sarah Moore came next to leapfrog Fabienne Wohlwend – who finished ninth in the race – in the championship. Nerea Martí and Miki Koyama completed the top 10.

Abbi started from pole position for the first time in her career, but couldn’t take advantage as Jamie hit the front after the long run uphill to Turn One despite coming under pressure from Emma. The Finn was briefly ahead of Jamie up the inside, but failed to make the move stick at the exit of the corner where she went deep and allowed Belen Garcia to take second place.

Jamie led Belen – who started sixth after receiving a three-place grid penalty for impeding Jessica in qualifying – by more than one second at the end of the first lap, which was a productive one for Alice who made up three places to seventh, before passing Fabienne for sixth with five of the 30 minutes gone.

Emma overtook Belen for second place at Turn 12 and the Spaniard ran wide at the penultimate corner on the same lap to let Abbi through and into the top three after the run to Turn One. Just behind that battle, Alice passed Sarah for fifth at the same corner, and the former went into the top four on the next lap when she overtook Belen at Turn 12.

With a third of the race gone, Abbie Eaton retired from the race after leaving the circuit in the final sector. Jamie led Emma by more than two seconds and Alice was five seconds off the lead and two behind Abbi at that stage.

Belen came under pressure from Sarah, but the Briton couldn’t find a way past her team-mate which put her under threat from Beitske. As the time remaining ticked below 10 minutes, Emma reduced Jamie’s advantage to 1.6 seconds while Abbi and Alice struggled to make inroads as the top four traded lap times within a tenth of a second of each other.

Sarah overtook Belen at Turn One with eight minutes to go, and Beitske followed Sarah through as Belen ran wide. The Spaniard did the same on the next lap to let Jessica past and, a few corners later, Marta Garcia spun while attempting to overtake her compatriot.

With less than five minutes left on the clock, Emma closed to within one second of Jamie and Abbi set the fastest lap of the race to sit 1.5 seconds behind Emma. Beitske went fifth by passing Sarah on the inside at Turn 12 with two minutes remaining. Alice set the fastest lap of the race to go seven tenths of the second behind Abbi who was reported to the stewards for exceeding track limits, and the rookie ran wide at the end of the penultimate lap allowing Alice to overtake her on the final circuit.

“I’m really happy with that after starting second,” said Chadwick. “Having Alice [Powell] behind me on the grid, I knew I had to capitalise at the start and I managed to do that. I’ve won and moved ahead in the championship and that was the main objective today, but the hard work starts tomorrow.

“I can’t afford to take any risks, so I was a bit hesitant at the start when I came under pressure from Emma [Kimiläinen] but I held on, built a gap and managed the race from there even though it was tricky with the tyres. Alice is still right there in the title fight which was always going to go down to the wire, but I’m starting from pole position tomorrow and that’s great, but I still need to work hard.” 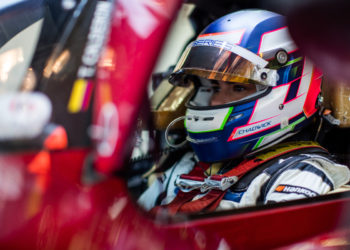 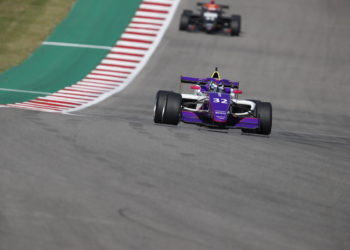 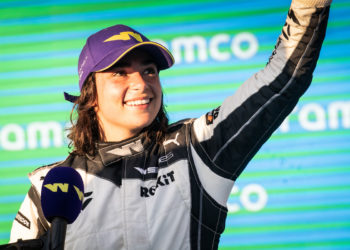