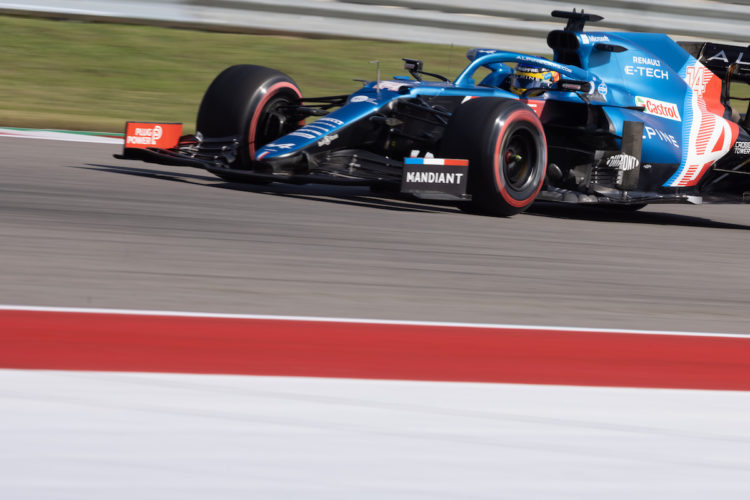 As a result, the Spaniard is set to start Sunday’s race from towards the rear of the field as he has exceeded the penalty-free allocation for the season.

Alpine has swapped in a fourth internal combustion engine, turbocharger and MGU-H as well as a third MGU-K, Control Electronics and Energy Store and ninth exhaust system.

Aston Martin’s Sebastian Vettel and Williams’ George Russell also have engine penalties that mandate a back of the grid start.

They are set to be lined up at the back in the order in which they qualify.

The Spaniard suffered a disrupted day of running on Friday, as he was forced to pull over due to an operational issue in the early stages of FP1.

In the afternoon session, the two-time world champion spun his car and lightly tapped the wall.

“It was not easy today,” Alonso said after Friday practice. “I think not a super-smooth Friday for us. An issue in FP1 and then a spin in FP2. I think the performance is not unlocked yet on our car and we are struggling with the balance. So let’s see – a lot of work to do.”

At the last 11 races, Alonso has failed to reach the top 10 on just two occasions, including last time out at the Turkish Grand Prix.