Norris: Lock-up incidents just ‘me being an idiot’ 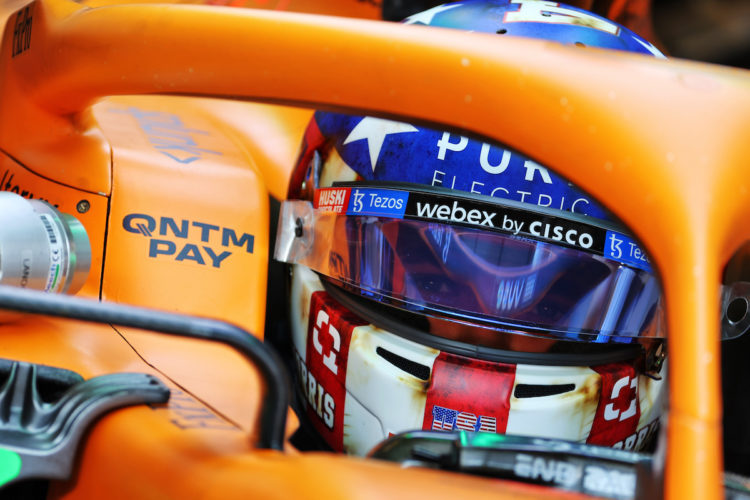 McLaren’s Lando Norris has accepted blame for a series of lock-ups he had during free practice ahead of the United States Grand Prix.

Norris had an incident in both FP1 and FP2 on Friday, in which he locked up his outside right tyre while braking into a corner.

The 21-year-old denied that there was an issue with the car, affirming that mounting the kerbs while braking was the reason behind the minor incidents.

“That was just me being an idiot, braking on the kerb which you just never do,” Norris said.

“It was a good day in terms of result and pace, but not like easy to achieve that,” Norris reflected.

“Difficult, just because of the wind and the bumps and the conditions, it just makes it very tricky out there. And even with the set-up, the first couple of runs I struggled quite a bit.

“But then the final run I made some changes and I was much happier with the car and I could push on it more and then the lap time came easier.

“So I think we’re in a good place, because I feel like we can quite easily make some changes into tomorrow to give myself some more confidence and confidence is lap time a lot of the time. So a decent first day, and look forward to the rest.”