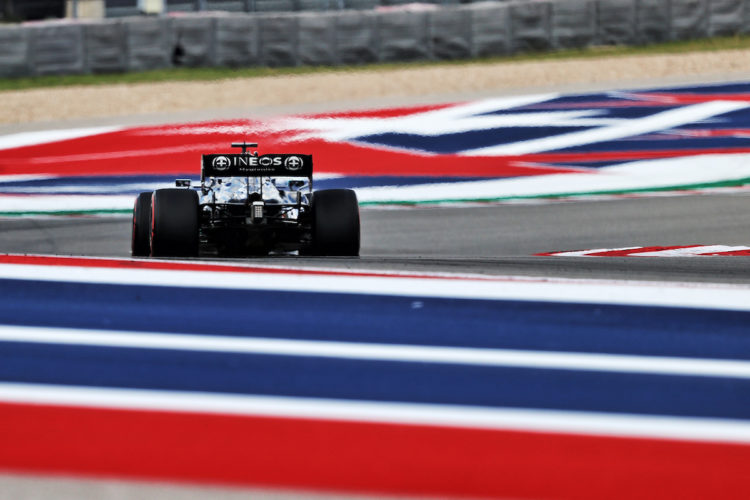 Mercedes has not ruled out installing Lewis Hamilton’s car with fresh engine components at some point during the final races of the 2021 season, which would result in a grid penalty.

Hamilton’s team-mate Valtteri Bottas will be demoted five places this Sunday after taking on a new engine in the United States. It marks the third time in the last four races he has been handed a grid drop.

Hamilton, who is currently engaged in a close title fight with Red Bull’s Max Verstappen, took a 10-place grid penalty for a new engine last time out in Turkey.

Mercedes says it is weighing up the risk versus reward aspect of another change to Hamilton’s power unit, which would trigger a five-place demotion.

“I can’t say whether we will be taking one and what the percentage is but obviously the risk is still there,” said Mercedes team boss Toto Wolff.

“What is difficult to evaluate is, do you want to pre-empt the situation and take another penalty and take the hit, or do you want to really run it and then possibly risk a DNF.

“That is a discussion that is happening as we speak and we haven’t come to the right answers yet.”

Wolff admits that Mercedes’ continued push for performance has cost it points this year due to the penalties it has had to take.

“I think when you look at Monza for example, Valtteri had to start from the back and we are losing points on the way,” Wolff said.

“We are trying to push the performance every year and this year we’ve come to a point where that has cost us points.

“But over the last seven or eight years that mindset has won us races and championships. I would have hoped for fewer penalties and use less engines but this year it has really hit us hard and McLaren and Aston Martin (Mercedes’ PU customers) were more fortunate in that respect.

“We just have to take it on the chin and do the best possible job.”