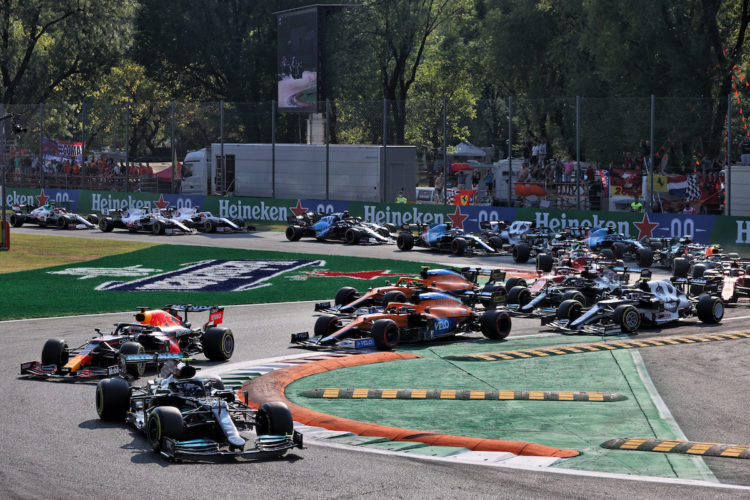 Formula 1 fans are against the idea of having a shorter race included at every grand prix weekend, according to an official survey.

F1 trialled a new qualifying format earlier this year at Silverstone and Monza, with the usual three-segment knockout session taking place on Friday.

On Saturday, a shorter race is held, the result of which sets the grid for Sunday’s main grand prix.

F1 will run the new layout again later this year in Sao Paulo, and it has been suggested that 2022 could see more events use the revised format.

In the Global F1 Survey, which had over 167,000 participants, just 6.7% of respondents agreed that the “introduction of sprint race(s) has improved the show”.

But 43% said that they would not be in favour of seeing sprint races held at every grand prix weekend on the calendar.

Other sporting related ideas that were somewhat more popular included a proposal to “leave drivers free to race without intervention, except for dangerous driving”, which received 39.5% support.

A potential change to the weekend format that was heavily opposed was reverse grids, with 51.5% rejecting the idea.

Other examples that fans did not respond in favour of was included the “introduction success ballast (handicap system) for winning teams”, “forcing drivers to use all three tyre compounds at each race” and an “annual freeze on car design”.