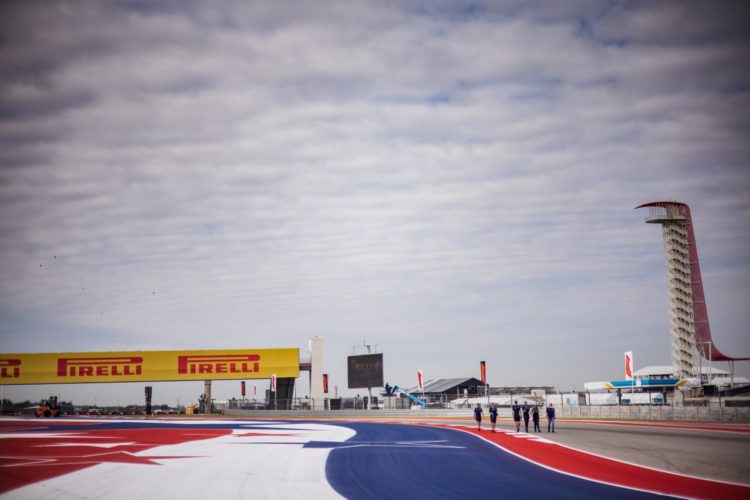 Formula 1 drivers have been warned not to exceed track limits at two corners at the Circuit of the Americas, venue for this weekend’s United States Grand Prix.

In his pre-event notes Formula 1 Race Director Michael Masi has outlined that drivers must not leave the track at the exit of Turn 9 and Turn 19.

If they transgress their lap time will be deleted and will not count.

If a driver exceeds track limits on three occasions during the race they will be warned and any further transgression risks resulting in a time penalty.

In a change to the guidelines it has been outlined that drivers who encounter a double waved yellow flag will have their lap time deleted.

It is being trialled at COTA this weekend after a couple of ambiguous incidents earlier in the season.

In Bahrain Sebastian Vettel received a grid penalty after setting a personal best time despite passing the area where double waved yellow flags were shown.

“Any driver passing through a double waved yellow marshalling sector must reduce speed significantly and be prepared to change direction or stop,” read the updated event notes.

“In order for the stewards to be satisfied that any such driver has complied with these requirements it must be clear that he has not attempted to set a meaningful lap time, for practical purposes any driver in a double yellow sector will have that lap time deleted.”