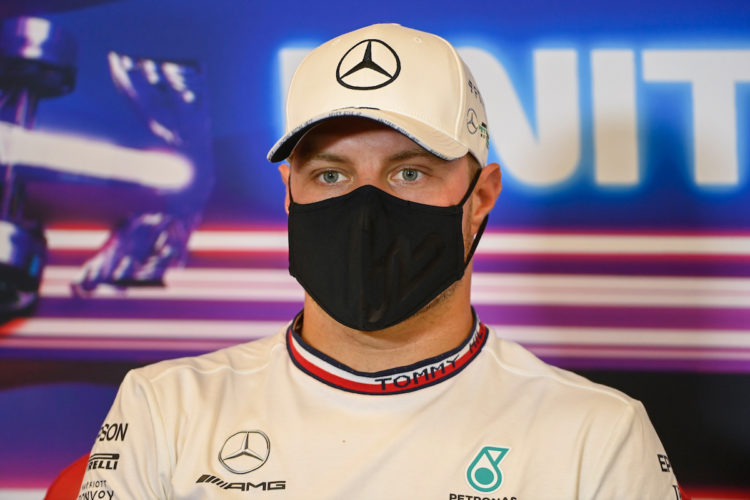 Valtteri Bottas is set to take a grid drop at this weekend’s Formula 1 United States Grand Prix after having a fresh Internal Combustion Engine (ICE) fitted to his car.

Bottas previously took a grid drop at the Italian and Russian rounds earlier this year after having a new Power Unit installed into his car.

As this is the third time Bottas has illegally taken on a fresh element, he is set to receive a five-place grid penalty for Sunday’s grand prix.

Mercedes says the reason behind the new ICE is for “the best balance of performance and reliability to end of season”.

The Finn arrives in Austin, Texas on the back of his first win of the season two weeks ago in Turkey.

Also taking a grid drop is Williams’ George Russell – the 23-year-old has taken on a new ICE, turbocharger and MGU-H unit for the weekend and will consequently start at the back of the grid.

Earlier this week, Aston Martin’s Sebastian Vettel asserted he would be taking a penalty this weekend.

This has now been confirmed as he too has installed a new ICE, turbocharger and MGU-H and will join Russell at the rear of the field on Sunday.