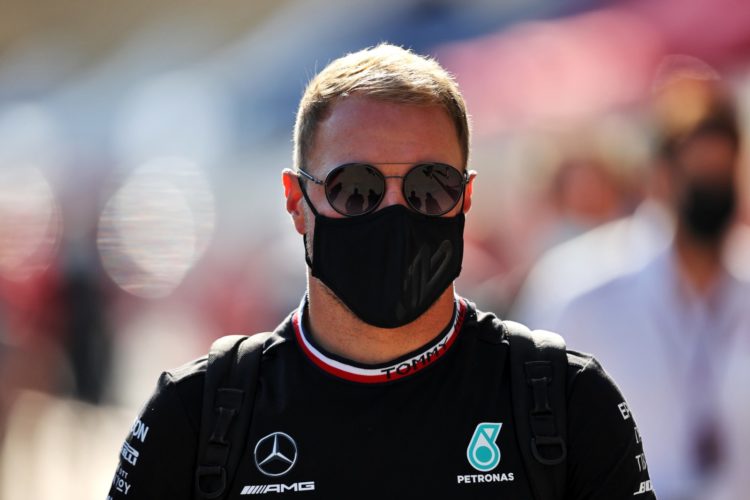 Formula 1 has returned to the country for the first time since 2019 after its pandemic-enforced absence in 2020, with Circuit of the Americas welcoming back the championship.

Bottas, whose Mercedes W12 has been equipped with a fresh Internal Combustion Engine – his sixth of the season – set a time of 1:34.874s in hot and sunny conditions in Austin.

Championship leader Max Verstappen was third but classified over nine-tenths of a second behind previous race winner Bottas.

Ferrari placed fourth and fifth respectively, with Charles Leclerc ahead of Carlos Sainz, as he recovered from an early spin across the bumps through Turns 4 and 5.

AlphaTauri’s Pierre Gasly preserved his strong 2021 form by taking sixth while Red Bull’s Sergio Perez was a subdued seventh and had a brush with Haas’ Mick Schumacher during the closing stages.

Perez claimed the inside line into Turn 12 but Schumacher turned in, causing contact, though both were able to continue; stewards are due to look into the clash.

McLaren’s Lando Norris was eighth as Alfa Romeo duo Antonio Giovinazzi and Kimi Räikkönen – who spun through Turn 9 in the closing stages – capped the top 10.

Fernando Alonso’s Alpine A521 came to a halt at Turn 12 on his outlap with fluid leaking from the bottom of the car.

The stoppage caused the session to be suspended but Alonso was able to return to action later in the hour and classified 15th.

George Russell took 11th for Williams though, as with 14th-placed Sebastian Vettel, will start from the back of the grid after taking on fresh power unit components.

Vettel had set a time quick enough for the top five positions but it was deleted due to track limits at Turn 9.

Daniel Ricciardo set his best time on Mediums as he took 16th, in front of Williams’ Nicholas Latifi, AlphaTauri’s Yuki Tsunoda, with the Haas drivers bringing up the rear.

Nikita Mazepin was seven seconds off the pace after spinning through Turn 19.