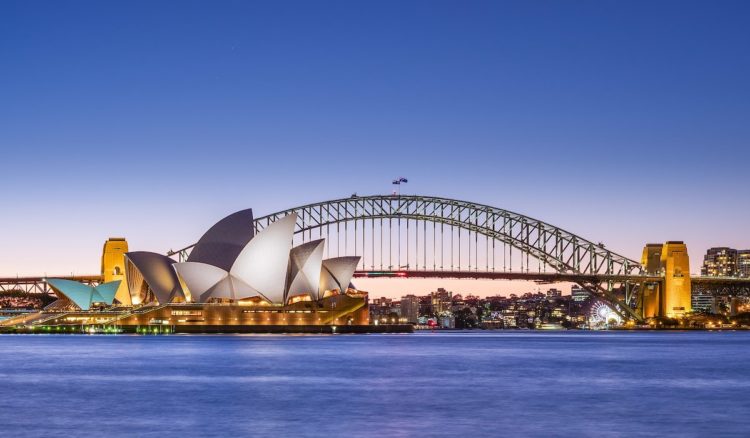 Jørn Utzon's Sydney Opera House, and the Harbour Bridge, two of Sydney's most famous landmarks, taken at dusk. The Sydney Opera House is one of the most iconic buildings built in the 20th century (1973) and is UNESCO's world heritage.

Australia’s largest city, Sydney, is exploring a bid to poach the country’s Formula 1 grand prix from the city of Melbourne, which has hosted the event annually since 1996, according to local media.

A report by Australia’s Seven Network states that the New South Wales government has begun exploring the option of bidding for the event once Melbourne’s current deal expires in 2025.

Melbourne, located in the state of Victoria, has played host to the race every year since 1996, only missing the last two because of the pandemic.

With tight border controls and a slow vaccine rollout, this year’s race was also cancelled despite being moved to later in the season – Australia has traditionally opened the season.

However with the vaccine rollout picking up pace, Australian cities, including Melbourne, have begun to relax those tight restrictions and next year’s race has been included on the calendar, with it due to host round three on April 10.

But with just four years left of its current deal with Formula 1, Sydney is considering a bid to replace Melbourne on the calendar, with a ‘Monaco-style’ street race around the famous harbour, as it looks to invest in major events to boost its economy following the pandemic.

According to the Seven Network report, “sensitive, high-level talks are underway”, though it wasn’t confirmed if this was internally within the government or whether it involved F1 bosses.

NSW’s investment minister, Stuart Ayres, is reportedly heading up the bid though wouldn’t comment on record.

Meanwhile, reacting to the report, Australian GP chief Andrew Westacott insists his team will do everything to secure the future of the event for Melbourne.

“There are always bids, and always forays from major events ministers and offices in various countries and cities around the world – they would not be doing their job if they were not reviewing their options,” he told The Age.

“You can’t take your eye off the ball and you can’t be complacent in the world of major events. We are not complacent. It will be three years between events when April comes around, so our job is to make sure that everyone gets behind the event and it shows it’s worth for the Victorian visitor economy.

“We are happening next year and it will continue to happen. Our remit is to look beyond 2025.”